Kasapreko is committed to public health and safety – MD 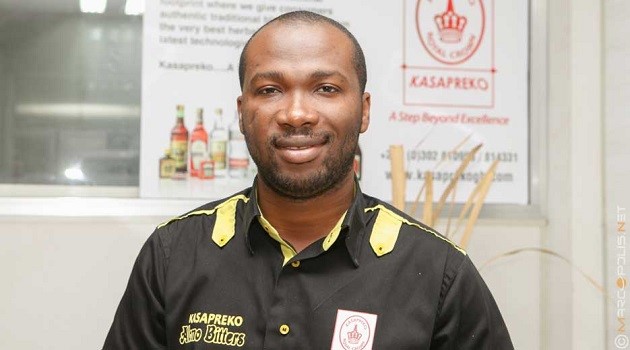 With renewed public interest in health, safety and sustainability, spurred on by the ongoing pandemic, indigenous beverage manufacturer, Kasapreko has reiterated its commitment to public wellbeing and this will be reflected in its action plan beginning next year, its Managing Director, Richard Adjei, has revealed.

According to him, this does not represent a significant change in strategy for the company, rather, it is a doubling down on efforts Kasapreko has historically spearheaded, particularly in the traditional and herbal space, as a leader in the drive toward enhanced public health and safety.

He revealed that the beverage manufacturer will follow a two-pronged approach; which will be reflected in the composition of goods and services provided by the company as well as ancillary measures such as education of key stakeholders.

“We intend introducing more products in the herbal space next year with an emphasis on vitamins and protein. There will also be more herbal products to address the visible market demand. At the height of the pandemic, we heard of people drinking the juice extracted from the Neem tree, it shows there is also a market for products like that, and Kasapreko will meet the demand for this group,” he stated in an interview with the B&FT.

He argued that the move is reflective of the vision of the company to be a “total beverage manufacturer” and is evident in the composition of its product portfolio, which is currently finely balanced at 50% alcoholic and 50% non-alcoholic drinks, vowing that there will be an aggressive marketing campaign for the soon-to-be-released health-centric beverages.

Mr. Adjei suggested that it would be counter-productive to promote health and safety in its product line up, whilst neglecting the effect of production on the environment, particularly on the farms from which the company sources materials for its herbal drinks.

To this end, he stated: “we have invested a lot into our own farms. We have adopted two strategies: one is to plant five trees for every tree that is depleted in the line of production. Secondly, we use the bark of trees for most of our herbal products and we know that if the entire bark is removed, the tree would die.

So we educate the farmers, tell them to use half of the bark of a tree, cut vertically, so that the other half can carry water and other nutrients to replenish the tree. After about two years, the other half would grow. These are some things we are doing to drive environmental sustainability.”

On government’s decision to ban celebrity endorsement of alcoholic beverages, he expressed understanding of government’s concerns which birthed the directive but argued that more dialogue should be had on the subject, saying that the audio and visual adverts should be strategically timed and placed, based on demographic composition.