Risks to the Global Economy in 2019 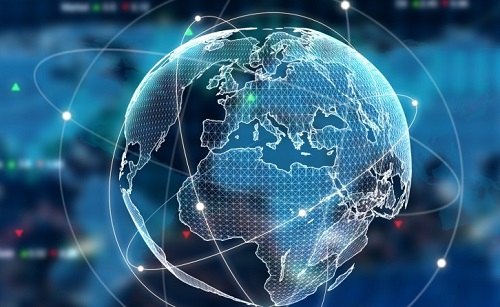 As Mark Twain never said: “It ain’t what you don’t know that gets you into trouble. It’s what you think you know for sure that just ain’t so”. Over the course of this year and next, the biggest economic risks will emerge in those areas where investors think recent patterns are unlikely to change. They will include a growth recession in China, a rise in global long-term real interest rates, and a crescendo of populist economic policies that undermine the credibility of central bank independence – resulting in higher interest rates on ‘safe’ advanced-country government bonds.

A significant Chinese slowdown may already be unfolding. US President Donald Trump’s trade war has shaken confidence, but this is only a downward shove to an economy that was already slowing as it makes the transition from export- and investment-led growth to more sustainable domestic consumption-led growth. How much the Chinese economy will slow is an open question; but, given the inherent contradiction between an ever-more centralised Party-led political system and the need for a more decentralised consumer-led economic system, long-term growth could fall quite dramatically.

Unfortunately, the option of avoiding the transition to consumer-led growth and continuing to promote exports and real-estate investment is not very attractive, either. China is already a dominant global exporter, and there is neither market space nor political tolerance to allow it to maintain its previous pace of export expansion. Bolstering growth through investment, particularly in residential real estate (which accounts for the lion’s share of Chinese construction output) – is also ever-more challenging.

Downward pressure on prices, especially outside Tier-1 cities, is making it increasingly difficult to induce families to invest an even larger share of their wealth into housing. Although China may be much better positioned than any Western economy to socialise losses that hit the banking sector, a sharp contraction in housing prices and construction could prove extremely painful to absorb.

Any significant growth recession in China would hit the rest of Asia hard, along with commodity-exporting developing and emerging economies. Nor would Europe – and especially Germany – be spared. Although the US is less dependent on China, the trauma to financial markets and politically sensitive exports would make a Chinese slowdown much more painful than US leaders seem to realise.

A less likely but even more traumatic outside risk would materialise if, after many years of trend decline, global long-term real interest rates reversed course and rose significantly. I am not speaking merely of a significant over-tightening by the US Federal Reserve in 2019. This would be problematic, but it would mainly affect short-term real interest rates, and in principle could be reversed in time. The far more serious risk is a shock to very long-term real interest rates, which are lower than at any point during the modern era (except for the period of financial repression after World War II, when markets were much less developed than today).

While a sustained rise in the long-term real interest rate is a low-probability event, it is far from impossible. Although there are many explanations of the long-term trend decline, some factors could be temporary, and it is difficult to establish the magnitude of different possible effects empirically.

One factor that could cause global rates to rise, on the benign side, would be a spurt in productivity; for example, if the so-called Fourth Industrial Revolution starts to affect growth much faster than is currently anticipated. This would of course be good overall for the global economy, but it might greatly strain lagging regions and groups. But upward pressure on global rates could stem from a less benign factor: a sharp trend-decline in Asian growth (for example, from a long-term slowdown in China) that causes the region’s long-standing external surpluses to swing into deficits.

But perhaps the most likely cause of higher global real interest is the explosion of populism across much of the world. To the extent that populists can overturn the market-friendly economic policies of the past several decades, they may sow doubt in global markets about just how ‘safe’ advanced-country debt really is. This could raise risk premia and interest rates; and if governments were slow to adjust, budget deficits would rise; markets would doubt governments even more, and events could spiral.

Most economists agree that today’s lower long-term interest rates allow advanced economies to sustain significantly more debt than they might otherwise. But the notion that additional debt is a free lunch is foolish. High debt levels make it more difficult for governments to respond aggressively to shocks. The inability to respond aggressively to a financial crisis, a cyber-attack, a pandemic, or a trade war significantly heightens the risk of long-term stagnation, and is an important explanation of why most serious academic studies find that very high debt levels are associated with slower long-term growth.

If policymakers rely too much on debt (as opposed to higher taxation on the wealthy) in order to pursue progressive policies which redistribute income, it is easy to imagine markets coming to doubt that countries will grow their way out of very high debt levels. Investors’ scepticism could well push up interest rates to uncomfortable levels.

Of course, there are many other risks to global growth, including ever-increasing political chaos in the United States, a messy Brexit, Italy’s shaky banks, and heightened geopolitical tensions.

But these outside risks do not make the outlook for global growth necessarily grim. The baseline scenario for the US is still strong growth. Europe’s growth could be above trend as well, as it continues its long, slow recovery from the debt crisis at the beginning of the decade. And China’s economy has been proving doubters wrong for many years.

So, 2019 could turn out to be another year of solid global growth. Unfortunately, it is likely to be a nerve-wracking one as well.

Kenneth Rogoff, a former chief economist of the IMF, is Professor of Economics and Public Policy at Harvard University. © Project Syndicate 1995–2019