Students to undergo internship-To expose them to concepts, skills training. 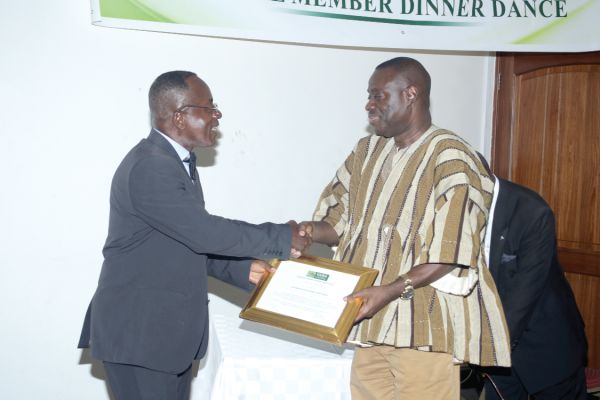 The government is to begin a programme next year to place tertiary students in private companies to offer them hands-on practical training within a specified period.

The programme, to be known as ‘National Internship’, is expected to be launched next year to expose students between Level 200 and 400 to practical business work concepts and skills to prepare them for the world of work.

The Minister of Private Sector Development, Dr Ibrahim Mohammed Awal, who announced this in Accra last Saturday, said the programme was targeting at placing about 5,000 students on internment with private sector businesses every year.

“The internship programme will help build the required discipline and confidence among the students so that by the time they complete school and start working they would have been acquainted with basic work ethics and business concepts,” he stated.

He was speaking at the annual member dinner dance and awards night of the Ghanaian-German Economic Association (GGEA) in Accra.

The minister explained that the programme was to help bridge the gap between the theory learnt in school and practical soft skills, which industry always complained were lacking in fresh graduates.

“I urge the association to help strengthen the capacity of our young men and women without which the transformation agenda cannot succeed,” Dr Awal stated.

He said the government would be investing about $4 billion in infrastructure development across the country, adding “these are important interventions that would enable businesses to grow.”

The minister commended the rising German investment interests in the country and assured them that, “Ghana is ready to do business with you.”

The German Ambassador to Ghana, Mr Christoph Retzlaff, said the past 12 months had been an eventful period in the Ghana-German relationship as it had seen high-level reciprocal bilateral visits and business delegations.

According to him, the interests of German businesses in Ghana had soared and that boosting German investments in the country was one of the priorities of the embassy.

He announced that a German-African Business summit would take place in Ghana in February next year where about 500 German companies would participate.

Mr Retzlaff said about three Federal German ministers would also attend the three-day event happening for the first time in Ghana, adding that: “This is the testimony of our belief in Ghana.”

The President of the GGEA, Mr Stephen Antwi, explained that the annual event brought members together for networking and a sneak peek into the ensuing year.

He said this year saw some significant developments in the business sector such as improvement on ease of doing business, a drop in inflation and reduction in power tariffs for both industry and domestic consumers.

The president, however, observed that, in spite of the reduction in policy rates by the Bank of Ghana, cost and access to credit continued to be a challenge for businesses because of growing interest rates.

Mr Antwi expressed the hope that with the stabilisation of the macro-economic environment and indicators pointing to the right direction, banks would reduce their lending rates to offer relief to businesses.

The president also announced plans to deepen trade relations between Ghana and Germany through business delegations to Germany next year.

The GGEA will also work with selected companies in Ghana to gain market access to German and the larger European Union market, especially for agro-processing companies.

The association later presented awards to a company and two individuals for their contributions to the sector over the years.

Kasapreko Company Limited was conferred with the GGEA Company of the Year Award 2018 while Dr Awal was declared GGEA Minister of the Year.

Mr Samuel Doe Ablordeppey, a Sub Editor with the Daily Graphic, also received the GGEA Media Personality of the Year 2018 for his contribution to the association and the business community.

A citation presented to him said it was in honour of his “Outstanding and exemplary contributions as well as selfless support towards the activities of the association.”

It added: “Today, we celebrate you, your individual and collective contributions to our success and we look forward with great expectancy and cooperation for many more good years to come.”