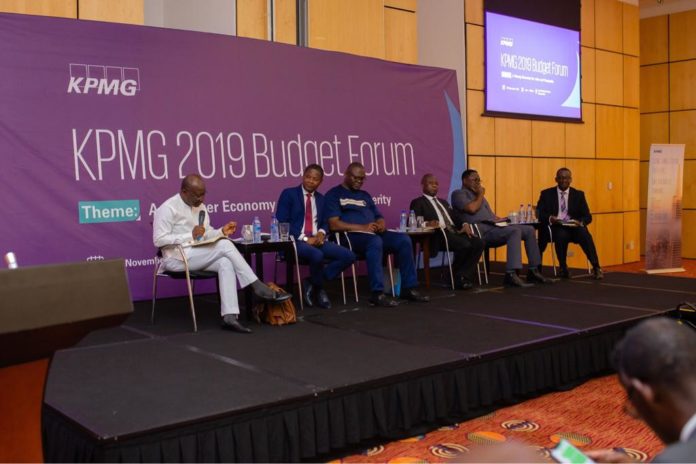 “Government must clearly identify its priority areas for investment and provide the requisite incentives and reliefs in a manner that favours both domestic and foreign investors operating within such space”,  Mr. Kofi Frempong-Kore, Tax Partner of the audit firm KPMG, has said.

In an interview with the B&FT at a post-budget forum in Accra, he said government in its thirst for foreign direct investments (FDIs) has tended to favour foreign investors with its tax exemptions at the expense of local ones.

“There are a number of examples in the mining, oil marketing, manufacturing and commerce space whereby a lot of foreign players/firms get various incentives. I believe if such gestures are extended to local enterprises within the same space, they can evolve and advance.

“You give them the same base, same level of incentives and support allocations which will drive that sector – and not say we are looking at what people are bringing into the economy, in terms of FDIs.”

He added: “There are local businesses that are branching into other African countries, which when given such incentives will be able to move more exports to the continental market”.

Mr. Frempong-Kore argued that it is time government delineated its priority sectors and made them open to both local and foreign investors to operate in.

“A number of multinationals, when they come in with a few investments, are able to get tax holidays from government—including corporate and indirect taxes, and in some cases PAYE.

“Yet if we have a Ghanaian engaging in any similar venture, he/she doesn’t get to enjoy those benefits; and that’s where government needs to look at the home situation again,” he said.

The Post-Budget Forum, organised by KPMG on the theme ‘A stronger economy for jobs and prosperity’, assembled seasoned economists, tax experts and business executives to discuss the 2019 Budget Statement and make recommendations toward its effective implementation.

Panelists at the forum expressed optimism about the budget, “because it breeds hope for the economy” – although they said its effective implementation will be key.

They further advised government to live up to expectations in the areas of expenditure and discipline to reduce budget deficits.

Despite the intention to exit the IMF programme, the panelists warned that “the economy is not out of the woods yet” and indicated the need for revenue administration reforms which are critical for any developing country.

According to KPMG, the overall real GDP growth rate target of 7.6 – which is a 200-basis point increase over that of 2018 based on the revised budget – appears ambitious enough, and it is expected to be driven by growth, particularly in the services sector.

See Also:  Chiefs and politicians cautioned not to meddle in rural bank operations

The audit firm tips the services sector to recover from its subdued growth this year and post significant growth from 2019 to 2022. Over the medium-term, the sector is expected to achieve an average growth rate of 7.4 percent.

The slowdown in growth can be attributed to projected underperformance of the mining and quarry sub-sector, which has been tipped to contract to negative 1.8 percent in 2021.

Also, gains from government initiatives such as Planting for Food and Jobs and cocoa value chain addition will contribute to an enhanced output for the agricultural sector, with growth expected to stabilise over the medium-term at between 7.0 percent and 7.3 percent, KPMG said.

“The medium-term outlook for the economy remains positive. Gains from fiscal consolidation, if maintained, will build a solid foundation for sustainable growth over the medium-term.

“However, risks such as depreciation of the cedi and commodity price volatilities on the world market pose downward threats,” it said in a post-event release.