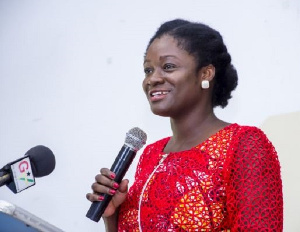 Data from the National Board for Small-Scale Industries (NBSSI) indicates that about 120,000 out of 715,795 applicants have so far received financial support from the Coronavirus Alleviation Programme (CAP) Business Support Scheme.

Disbursements, which are currently ongoing, started on June 24, this year.

The fund is categorised into Anidaso and Adom special loans, with an interest rate of three per cent, payable in two years, after a moratorium of one year.

The initial GH¢600 million of the CAP came from government coffers, while universal banks also put together GH¢400 million.

Commendation
The special fund was set up to cushion small and medium businesses from the impact of the COVID-19 pandemic.

In separate interviews with the Daily Graphic, some of the beneficiaries who are owners of micro, lower small, upper small and medium businesses, confirmed receipt of the money and commended the government for the support.

They said the money would help protect their businesses from the negative impact of the raging COVID-19 pandemic and pledged to put it into profitable use and pay the loan back within the stipulated period.

A trader at the Makola Number Two Market in Accra, Ms. Monica Agyei, said she received GH¢1,754 under the Adom Micro Soft Loans of the fund.

She said the money would enable her to restock her household utensils shop.

“I have already invested my share of the stimulus package in my business and I am thankful to the government for the support,” she said.

Another trader, who is into household consumables at Aboadze in the Western Region, Mr. Christopher Arthur, said he too had invested the GH¢1,000 he received in his business.

He explained that part of his working capital was lost to the outbreak but the stimulus package had helped him to restock.

“I lost part of my capital after the virus broke out in the country on March 12, this year, but thanks to the support from the government, I have been able to restock,” he said.

The story of a hairdresser in the Savelugu municipality in the Northern Region, Ms. Josephine Agblewo, was no different, as her share of the stimulus package had been invested in her hairdressing business.

“I have used my share of the funds to buy wigs, gallons of shampoo, gallons of liquid soap and other needed items in my hairdressing business,” she said.

A seamstress in Duayaw Nkwanta in the Tano North District in the Ahafo Region, Ms. Felicia Gamor, also confirmed receipt of the money.
As was the case with other beneficiaries, she said, the amount she received had been invested in her dressmaking business.

She urged other applicants waiting for their share of the stimulus package to be patient.

The acting General Secretary of the Association of Small Scale Industries (ASSI), Mr. Abdul Alhassan, said 10 per cent of its members, hovering around 1.2 million businesses, had so far benefited from the stimulus package.

While lauding the initiative, he said the ASSI was hopeful that about 50 per cent of its members would benefit from the CAP before its implementation ended.

“The responses we are receiving from our members across the country indicate that they are very expectant and waiting for their share of the stimulus package.

“Those who have received their share have started investing it in their businesses and we are hopeful that it will help protect and enhance their operations,” he added.

The Executive Director of the NBSSI, Mrs. Kosi Yankey-Ayeh, expressed excitement at the fact that the beneficiaries had put the funds into good use.

“We are happy that the beneficiaries of the CAP are testifying themselves. As we speak, over 120,000 people have benefited. This means that at least one person in each district of the country has benefited from the stimulus package.

“The implementation of the CAP is still ongoing and so applicants waiting for their share should be patient,” she said.