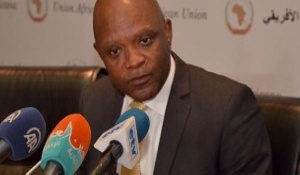 As COVID-19 caseload surpassed 225,105 on Saturday across the African continent, 43 African countries are now under full border closure due to the rapid spread of the Coronavirus.

The death toll from the pandemic has reached 6,040, while some 102,846 people have recovered, according to the latest data from the Africa Centers for Disease Control and Prevention (Africa CDC).

The Africa CDC said that the northern African region is the most affected area across the continent both in terms of positive COVID-19 cases and the number of deaths.

Egypt registered 1,677 new COVID-19 cases in the last 24 hours, the highest daily surge so far, raising the national count to 42,980, the Egyptian health ministry said. The country has also reported a record single-day increase of 62 in COVID-19 deaths, taking the death toll to 1,484, said Khaled Megahed, the health ministry’s spokesman.

Ethiopia, Africa’s second-most populous nation with a population of about 107 million, reported 268 new cases on Saturday, the highest daily increase so far, taking the country’s tally to 3,166, the Ethiopian Ministry of Health said.

South Africa, the worst-hit country on the continent, has registered a total of 65,736 cases and 1,423 deaths so far, according to John Hopkins University’s latest tally.

In addition to the 43 countries under full border closure, the Africa CDC also said Saturday that night-time curfew has been activated across 35 countries in an effort to halt the spread of the infectious virus.

It also noted that 54 African countries are practicing limited public gathering, some 38 countries have exercised country-wide closure of educational institutions, while limited prison and hospital visits has been also ordered across 20 countries.