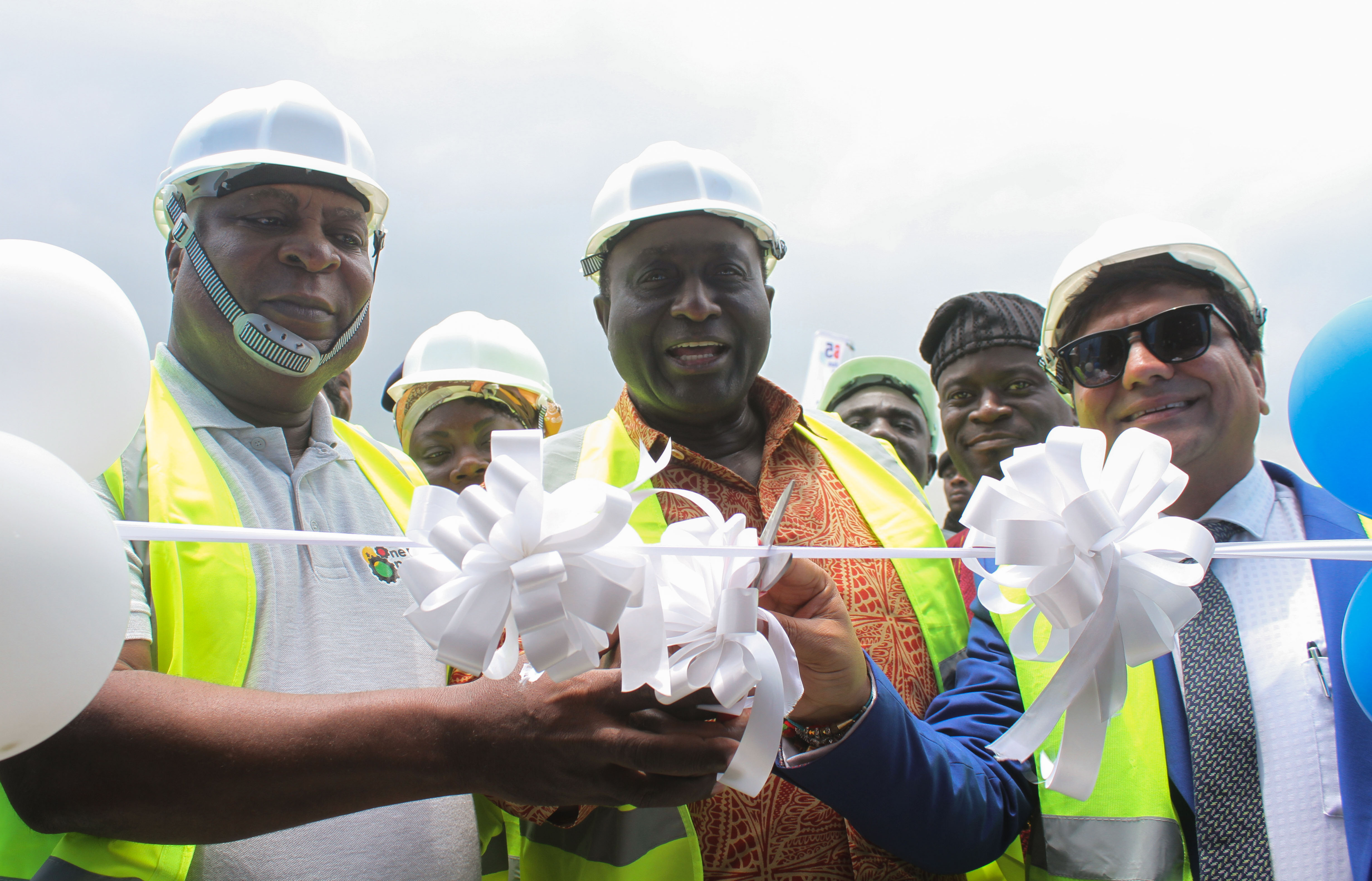 An $80-million iron and steel factory has been commissioned at Kpone in the Ningo Prampram District in the Greater Accra Region.


The factory, which is a beneficiary of the government’s One-district, One-factory (IDIF) initiative, has the capacity to produce 60,000 tonnes of prefabricated iron and steel products annually to serve the needs of industries in the country and West Africa.
It was constructed through a collaboration between B5 Plus Limited, an Indian steel manufacturing company, and the government of Ghana, represented by the Ministry of Trade and Industry and the 1D1F Secretariat.

The factory, which was constructed with local materials on a 400-acre land, is expected to create 10,000 direct and indirect jobs and save the country about $100 million in foreign exchange that would have been used to import iron rods and steel products into the country this year.

Traditional rulers from the Ningo-Prampram Traditional Area, government officials, as well as stakeholders, graced the occasion.

The Minister of Trade and Industry, Mr Alan Kyerematen, who commissioned the facility, described the factory as a boost to the government’s quest to build a robust steel and iron industry and gave an assurance that the company would be offered the necessary support to succeed in its operations.

He said as part of the benefits of the IDIF initiative, the company would be granted a five-year tax holiday, enjoy free duties on the importation of equipment and raw materials and also be exempted from the payment of withholding tax.

The Ministry of Energy and other relevant agencies, he said, had also been asked to provide the necessary support for the company.
Mr Kyerematen directed metropolitan, municipal and district chief executives (MMDCEs) to protect lands that had been leased out to companies under the 1D1F initiative.

“A Ghana beyond aid means that we have to look for other sources of capital and so our focus is to attract private capital from both local and foreign sources,” he added.

According to the minister, the establishment of the factory had a multiplier effect on the local economy, since it would boost the small and medium enterprises (SME) sector and also create more jobs along the value chain.

The Chief Executive Officer (CEO) of B5 Plus, Mr Mukesh Thakwani, appealed to the government to ban the importation of prefabricated iron and steel products to give real meaning to the made-in-Ghana policy.
“We at B5 Plus believe in the made-in-Ghana policy and will continue to use local resources in our business. We now have a factory with the capacity to use local resources to produce steel and iron products to meet local demand, so we call on the government to ban the importation of any form of prefabricated materials in the country,” he added.

Mr Thakwani also entreated the government to support the company by reducing the cost of water and power, while calling for the speedy resolution of land litigation to enable the company to expand its operations.

The CEO of the Ghana Investment Promotion Centre (GIPC), Mr Yofi Grant, described the coming into being of the factory as the manifestation of the critical role public-private partnerships played in national development.

He noted that not only would the factory put Ghana on the global map; it would also create a secondary economy to help achieve the Ghana beyond aid agenda.