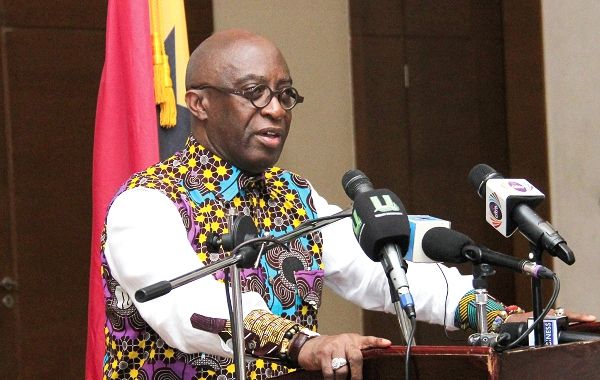 The Chief Executive Officer (CEO) of Ghana Investment Promotion Centre (GIPC), Mr Yofi Grant, has said that Africa has the potential to be a major trading hub in the world.

“This is a continent that has about 30 per cent of the world resources such as oil, gas, gold, diamond, bauxite, among others, which takes to develop and thus Africa will develop in the coming years”, he said.

Speaking at a breakfast meeting held by the American Chamber of Commerce, Ghana (AMCHAM) with the members of the National Black MBA Association (NBMA) in Accra last Friday, Mr Grant stated that by 2050, Africa could be the largest hub for trading in the world.

He added that measures were being taken to help reposition Ghana to become the leader of economic emancipation of the continent.

Despite all the natural resources the continent was endowed with, he said, it remained one of the meager continents and that was a wake-up call for Africans to speed up their developing process.

He subsequently commended NBMA for choosing Africa, especially Ghana, to partner the country to ensure growth and development.

“And for me, your coming by to identify that you got to do something for Africa is a natural calling and also a motivation because this is where you are coming from, if Africa makes it the world makes it”, he added.

Mr Grant stated that Africa had depended on other continents for long and it was time to relook the future of Africa and work towards being independent.

“Despite Africa being a rich continent and Ghana being rich in resources, we have depended too much on handouts, after gaining independence, Ghana is still grappling with basic things we should have moved away from,” he said.

He added that Ghana beyond Aid was government’s strategic decision to deal with Ghana’s overdependency moving forward.

“We are probably too comfortable with where we are, which is preventing us from exercising our energies into developing ourselves.

We, therefore, came up with Ghana Beyond Aid to use our own people to bring development to set a pace for Africa to move away from aid to trade ”, he said

He stated that when these policies were successfully implemented Ghana would move from exporting raw materials and resources and come into a value addition production which would help Ghana move away from borrowing to growth.

He added that the government was committed to achieving its Ghana Beyond Aid goals.