Africa Imports $35 Billion Worth Of Food Despite… – Finance Minister 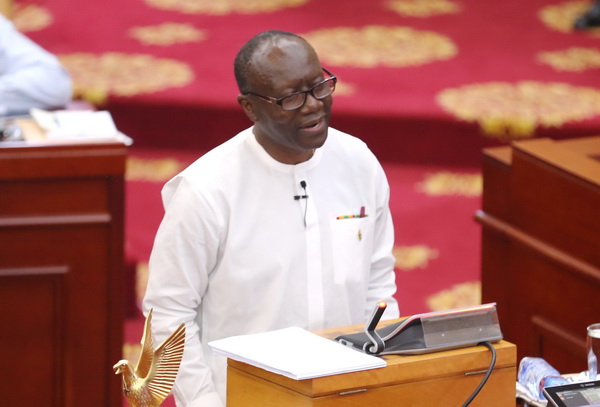 Africa holds 60 percent of the world’s arable land and yet, imports $35 billion worth of food annually.

Ghana on the other hand, imports some $2.4 million of food annually.
Mr. Ken Ofori-Atta, Minister of Finance, quoting the AFDB Group President, said this when he commissioned the Multi-Purpose building of the West Africa Centre for Crop Improvement(WACCI) of the University of Ghana-Legon.

“We fundamentally acknowledge agriculture as the bedrock of our country’s industrialization and thus, creation of wealth and jobs for our people. But we need to ask ourselves what type of agriculture,” the Minister said.

He observed, that the importance the President Akufo-Addo’s government attached to the country’s agriculture, “makes it heart-warming to see this multipurpose building being commissioned”.

The Minister said the government’s keen attention towards the agricultural sector, stemmed from the sector’s unique position and crucial contribution to economic growth, employment and the transformation of lives.

Mr. Ofori-Atta observed, that the Agricultural sector had experienced very difficult challenges in the recent past.

He added that the sector had also experienced a declining share of GDP, “consistent with the relatively” slow growth in the sector and improved performances by the industry and services sectors.

This led to government intervention, which “to a large extent” influenced the implementation of the Planting for Food and Jobs(PFJ)programme and other interventions in the sector, which have helped to improve the fortunes of agriculture in Ghana, Mr. Ofori-Atta said.

The Finance Minister said as a result, the crops sub-sector then grew by 9.4 percent in 2017, the first year of implementing PFJ, from a growth of 2.5 percent in 2016.

This together with other sub-sectors, pushed agriculture GDP to grow by 8.4 percent in real terms in 2017, compared to 3.0 percent in 2016, he said.

Mr, Ofori-Atta noted that transforming agriculture in Ghana would require a concerted effort from all stake-holders, adding, “That is why WACCI is so important to achieving a Ghana Beyond Aid.”