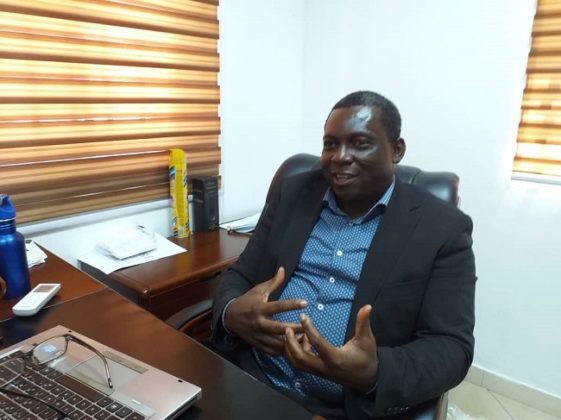 While Ghana has the potential to be a net exporter of fish, it spends over US$146million importing the commodity yearly.

Current consumption stands at about 100 million tonnes per year, with local production from marine, freshwater, and farmed fish sources catering to about 40 percent of demand. This means that 60 percent of demand is met by imports.

Between 2016 and 2017 alone, the country spent over US$277million on importing fish – with the figure believed to be increasing rapidly as the result of a fall in local production.

Due to pollution of water-bodies and unsafe and bad fishing practices, experts are predicting production from marine and freshwater sources to further dwindle in the coming years.

Meanwhile, consumption is expected to increase by an average of 2.5 percent from the current 100 million metric tonnes by end of 2019.

Patrick Apoya, Chief Executive Officer of SkyFox Limited – a local firm that won a grant from four international donors to implement an integrated aquaculture and crop production project – believes that it is high time the country embraced sustainable aquaculture.

He said marine fish, which constitute the bulk of production, have proved to be unsustainable, and that the volume of catch from Ghana’s sea has fallen by more than half in recent times.

“The marine option is not available to fill the gap in demand, and our rivers are also not an option; these sources are beginning to dwindle, so the only way is to look at aquaculture holistically.”

Mr. Apoya believes that the country must position itself to not only be self-sufficient, but also a net exporter of fish through the promotion of aquaculture.

“Over the years, we have had some beautiful interventions in the area of aquaculture, but the strategic thinking is still lacking,” he added.

To promote aquaculture, he said, there is a need for inclusive aquaculture policies to address financial and technical challenges, among others.

He also called for the development of aquaculture infrastructure at all irrigation sites, and the adoption of innovative fish farming methods – like integrated aquaculture and crop production, which allow farmers to treat and use nutrient-rich waste water from fishponds to water their farms.S

Within the African continent, Egypt is one of the leading producers of reared fish – with an annual output of about 1.5 million tonnes, which far exceeds Ghana’s total production capacity from all sources.