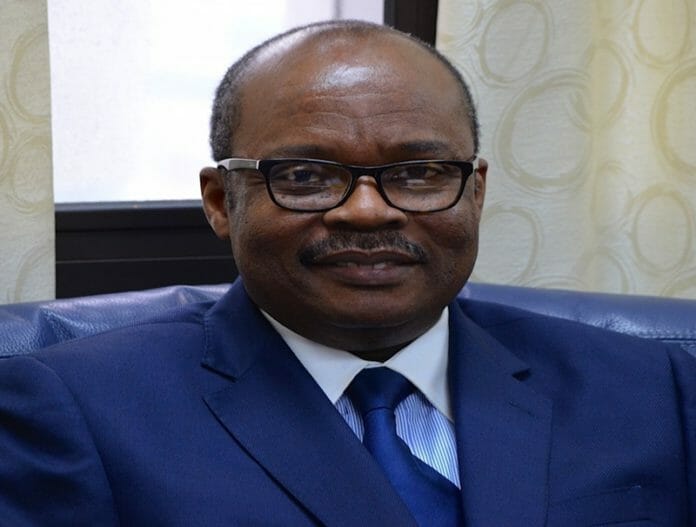 The Bank of Ghana on Monday reduced the policy rate to 16 percent representing a 100 basis points.

The Monetary Policy Committee noted that the immediate risks to the disinflation path were well contained and the current conditions provided scope to translate some of the gains in the marco stability to the economy.

Dr Ernest Addison, the Governor of the Bank of Ghana stated at a press conference after the 86th Monetary Policy Committee Meeting in Accra.

He said the Committee also noted that inflation has steadily declined from 15.4 percent at the end of 2016, to 11.8 percent in 2017 and further down to 9.4 percent in 2018, supported in large part by non-food inflation.

The press conference is to highlights recent economic developments that have shaped the Committee’s view of the outlook and informed its decision on the stance of monetary policy going forward.

The policy rate is the rate at which the central bank lends to commercial banks for onward lending to their customers.

He said the Bank’s latest forecast shows that inflation will remain within the target band of 8±2 percent over the forecast horizon, barring any unanticipated shocks.

He said the Committee observed that the year 2018 ended on a solid note with a more consolidated banking sector as weaker and under-capitalised banks that posed risks to financial stability were removed.

“This enhances the efficiency and profitability of the remaining banks and has restored confidence and resilience in the banking sector, with the banks now better positioned to support private sector-led growth in the Ghanaian economy,” he added.

He said the clean-up exercise has also protected deposits of over 1.5 million depositors with deposits of GH¢11.6 billion, which includes deposits of savings and loans companies, rural and community banks, investment fund managers, pension funds, and life insurance companies with the banks.

The Governor said looking ahead, there would be a need to focus on reducing the high non-performing loans in the sector and addressing the risks associated with the high degree of interconnectedness in the financial system which will require close monitoring to ensure financial stability.

Dr Addison said the Committee noted government’s decision to create and strengthen institutions to provide the needed structures to underpin the commitment to fiscal and financial stability as Ghana concludes the IMF-supported ECF programme.

“In particular, the passage of the Fiscal Responsibility Act, and the establishment of the Fiscal Council, the Financial Stability Council, as well as the reconstituted Economic Policy Coordinating Committee should anchor fiscal policy and help entrench the macroeconomic gains achieved over the last two years,” he said.

He said the Committee also noted that external financing conditions remain tight and uncertain, presenting financing risks to the budget with implications for the exchange rate.

The BoG Governor said this called for a recalibration of the financing policy mix towards more domestic financing by domestic investors to reduce the burden on exchange rate, reserve accumulation and monetary policy.

He said the Committee also observed that domestic growth remains fairly robust and in line with projections and over the medium-term, growth prospects are positive and would be supported by increased oil production and easing of credit stance.

“With the recently ended recapitalization, banks are also better-positioned to support economic activity,” he said.