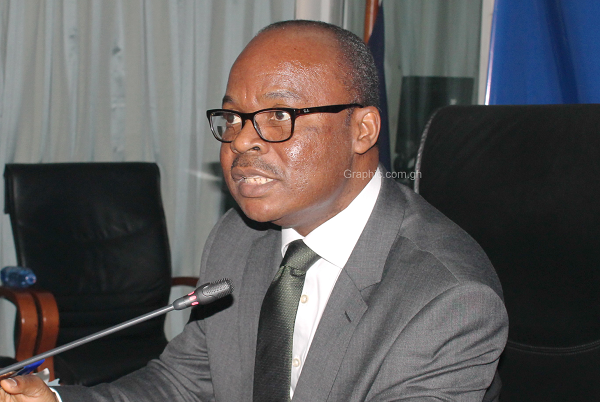 Bankers, under the umbrella of the Ghana Association of Bankers (GAB), are optimistic that cost of funds to the lending public will be moderate in the coming days as the new benchmark interest rate – the Ghana Reference Rate (GRR) – continues to tumble.

As a guide in the determination of lending rates by banks, the Chief Executive Officer of the GAB, Mr D.K. Mensah, said the continuous decline in the GRR “means that interest rates are coming down”.

“You know, we have to price our loans around the GRR and the declines mean that rates will also follow,” he told the GRAPHIC BUSINESS on June 3.

Started in April this year, the GRR is Ghana’s equivalent of the globally acclaimed London Interbank Offered Rate (LIBOR); and seeks to become the foundation upon which lending rates will be calculated going forward. It subsequently replaced the base rate, which was the reference rate for banks in the determination of lending rates.

The GRR is a weighted average using various macroeconomic indices, including inflation, the BoG policy rate and the treasury bill rate.

While explaining that the current GRR for June did not affect loans disbursed in the previous month, he noted: “Any loan that is made in June has to be priced around 16.19 per cent.”

“People think that because the GRR has come down, loans contracted even in March 2018 should be affected, but no; it is a reference rate in the month,” he explained.

Currently, lending rates average 25 per cent, slightly lower than the 30 per cent plus a year ago.

While this is encouraging, many, especially private sector players, believe there is still room for lower lending rates.

With the BoG policy rate at 17 per cent, treasury bill rates at 13.2 per cent and inflation at a historic 9.6 per cent, the fundamentals are ripe for a downward trend in lending rates.

Mr Mensah of the GAB said banks agreed with such analysis.

“As for the banks, there is no problem. As long as the indicators are coming down, then we will also see the GRR coming down and that will reflect in lending rates.

“A bank can only go above or below it based on the risk profile of the customer,” he stressed.

The GRR, which is released monthly, is determined by a seven-member committee, comprising six representatives from the GAB and one from the BoG.