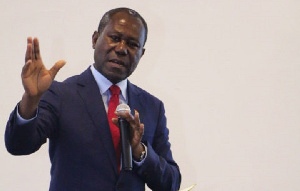 Ghana Cocoa Board’s (COCOBOD) annual pre-export financing, will be raised by a club of banks as its traditional lenders; the European Bank, have declined to underwrite the risk amid the uncertainty of the coronavirus pandemic, banking sources said.

The loan will back its 2020/2021 cocoa crop and is expected to be raised by a club of around 12 or 13 banks, providing ticket sizes of approximately US$75m, although the actual size hasn’t been decided yet, the sources said.

COCOBOD, was not immediately available to comment, according to the Reuters news agency based in London.

The Herald’s insiders have revealed that this is the first time in 28 years that COCOBOD is facing this situation.

Other sources have also hinted that the European Banks, are afraid of the risk involved because the COCOBOD in recent times, have over borrowed from multiple sources, including the Bank of Ghana (BoG) and the African Development Bank (AfDB), and the fear is that the syndicated loan might be diverted.

COCOBOD, has typically raised in excess of US$1bn annually, underwritten by around four to six banks, before being syndicated to a wider bank group. Up to three competing groups of banks, can battle it out to underwrite the financing and lead the deal.

“Banks are not willing to take the underwriting risk. It will be a club loan with a group of around 12 or 13 banks, with a couple of banks acting as coordinators. This will be the first club style deal COCOBOD, has done since the financial crisis,” a banker said.

The loan has traditionally been seen as a safe way for lenders to gain some relatively low risk exposure to Africa. But with uncertainty over the impact of Covid-19 on the global financial markets, banks have shied away from taking any underwriting risk on this year’s financing.

Ghana, the world’s second-biggest cocoa producer after Ivory Coast, uses the annual funds to purchase cocoa beans from farmers and will raise funds based on this, as opposed to banker appetite.

“The deal is progressing well but the size has not been finalised. The size will not be about lender appetite though, it will as usual be a function of how much is needed for the cocoa production,” the banker said.

COCOBOD, is expected to pay up for the club loan, reversing the downward trend in pricing it has enjoyed in previous years.

“They need competitive pricing, so it will have to increase. Last year’s deal was just not appealing, it was priced too low for us,” a second banker said.

Cocobod is a statutory public board established in 1947 under the responsibility of the Ministry of Finance and Economic Planning, which supervises Ghana’s cocoa industry.