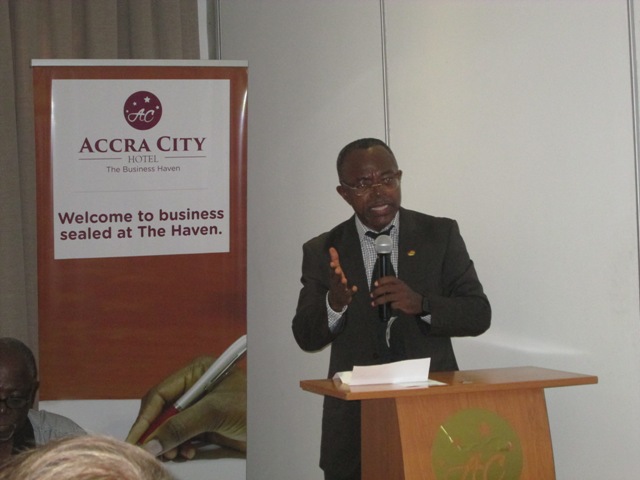 The President of the Ghanaian-German Economic Association (GGEA), Mr Stephen Antwi, has said the time had come for policy makers to take the bold decision to collect substantial tax revenues from the informal sector.

He said although it was more difficult to tax that sector, it was growing very large and the only way to the spread the tax net was to extend it to the sector, else the obligation of paying tax would always remain the responsibility of those in the formal sector who already honour their tax obligations.

“Already, prices of a lot of items have been increased which is affecting the standard of living.  So many people in the informal sector, make a lot of money, albeit in bits, but pay no taxes. If we do not begin to collect from them, the tax burden will always remain on those who already pay taxes,” Mr Antwi told the Daily Graphic in Accra at the annual general meeting and dinner gala of the association.

Mr Antwi’s call for taxing the informal sector is not particularly new, but governments have shied away from it for a number of reasons including political expediency and difficulty in taxing the sector.

Last week, the policy think tank, the Institute of Economic Affairs (IEA), also called for the broadening of the tax net to include property rates and rent income taxes.

Government has, however, gone in for regressive taxes such as the Value Added Tax to raise revenue to resolve short term revenue challenges.

Mr Antwi, who hailed the setting up of the Ghana Infrastructure Fund (GIF) in the budget  disagreed with the idea of resourcing it by increasing the VAT rate.He urged members of the association to expect an exciting 2014 year and beyond, as the secretariat would support them with value added and tailor-made services.

“We have decided to introduce three new areas of service which will help our members greatly,” Mr Antwi said.

The areas are sourcing for financing for them at EU rates;  making GGEA activities member-centred and setting up an Export Help Desk to assist exporters from Ghana and West Africa with information, contacts and the know-how on exporting to the EU market.