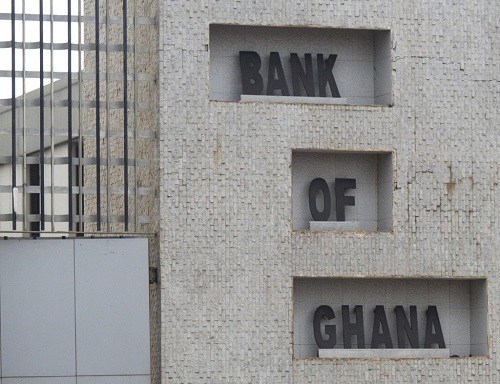 The Central Bank has revoked the licences of more than 300 microfinance companies and 39 microcredit or money lending companies effective Friday, May 31, 2019.

In two statements released on Friday, the Central Bank noted that 192 of the microfinance companies are insolvent with another 155 ceasing operation even before the action of the regulator.

With the microcredit or money lending businesses, the Central Bank explained that 29 became insolvent with the other 10 ceasing operations.

These actions, according to the regulator, were taken pursuant to section 123 (1) of the Banks and Specialised Deposit-Taking Institutions Act, 2016 (Act 930), which requires the Bank of Ghana to revoke the licence of a bank or Specialised Deposit-taking Institution (SDI) where the Bank of Ghana determines that the institution is insolvent or is likely to become insolvent within the next 60 days.

The Bank of Ghana has also appointed Eric Nipah as Receiver for the microfinance companies. “The revocation of the licences of these institutions is to get rid of insolvent and dormant institutions that have no reasonable prospects of rehabilitation and have denied depositors access to their deposits, thereby constituting a threat to the stability of the financial system.

By the revocation of these licences, the Bank of Ghana seeks to protect the stability of the financial system and to protect affected depositors. To salvage depositors’ funds, the Government of Ghana has made funds available to enable the Receiver pay depositors, after their claims are validated,” the statement added.

A couple of weeks ago, the Finance Ministry released about GH¢1billion to help with the cleanup of the microfinance and rural bank sectors.

The funds would primarily go to pay off depositors of microfinance companies that have been affected.

Following the revocation of the licences of these institutions, a total number of 137 microfinance companies and 31 microcredit companies will continue to operate under supervision of the BoG.

Going forward, the Bank of Ghana said it has put in place measures to ensure that the existing institutions remain safe and sound by complying with relevant prudential norms.

The Bank of Ghana, among other things, will be undertaking a comprehensive review of licensing and supervisory policies and directives; reviewing the minimum capital requirements for microfinance companies and encouraging possible consolidation through voluntary mergers and acquisitions; and introducing proportional corporate governance, fit and proper, and risk management directives.