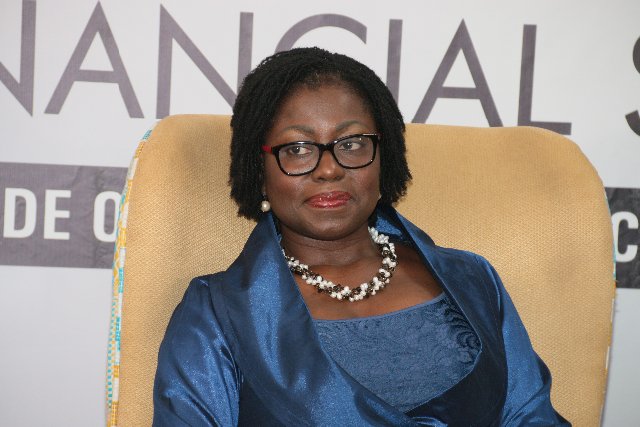 The Bank of Ghana says it will soon close down microfinance institutions and savings and loans companies that cannot payback returns to customers.

According to the Central Bank, the reform is part of measures to strengthen the financial industry before Ghana can fully implement some newly introduced international standards.

Second Deputy Governor of the Bank of Ghana, Mrs. Elsie Awadzi said this Thursday, November 1, at the JoyBusiness Financial Services Forum in Accra

“Were building resilient in the financial sector such that the industry can support growth as a result of the expanding economy. There are so many regulations that need to be adopted due to the demand of the industry,” she said.

The JoyBusiness Financial Services Forum was under the theme, ‘the changing tide of Ghana’s financial sector, the cause, the cost and the cleanup’ and was aimed at bringing the regulator and stakeholders together to brainstorm on the ongoing reform in the financial sector.

Meanwhile, Mrs. Awadzi disclosed that the Economic and Organised Crime Office has received enough documentation to allow them to prosecute directors and all those who are responsible for the collapsed banks as the central bank continues the clean-up.

President of the Ghana Bankers Association, Mr. Alhassan Andani said the recent clean-up in the banking sector has rather ensured that the deposits of thousands of Ghanaians were safe.

Mr. Andani said the clean-up measures should whip up the confidence of the public in the financial sector.

“The banking sector thrives on depositor’s funds, therefore, it is very important that their funds are saved. We as bankers support the clean-up and expect it to bring about some fresh confidence in the sector”

The high interest on loans has been a subject of concern for bank customers.

Deputy Finance Minister, Mr. Charles Adu Boahen said the establishment of a credit data agency is high on the agenda of the ministry as part of moves to strengthen the sector.

He believes the agency would help depositors make informed decisions.

The Deputy Minister also disclosed that government is almost through with an agreement with the World Bank to secure some funding to pay back customers who might lose their deposits.