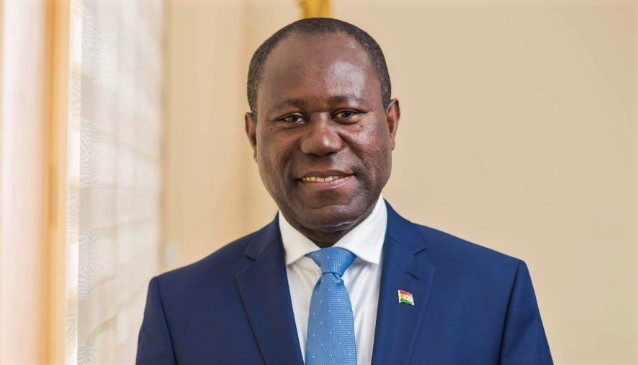 In its quest to boost cocoa production and increase benefits to cocoa farmers, the Ghana Cocoa Board (COCOBOD) has partnered two agro-chemical companies for the introduction of fertiliser that tackles soil acidity, which is hampering improved yields in the Western Region.

Over the years, farmers in the Western south cocoa growing areas have continued to record declining yields due to the type of fertiliser used, which could not endure the consistent rainfall resulting in high acidity level of the soil.

The studies into the declining yield in the region conducted by the Cocoa Research Institute of Ghana (CRIG) over a period of two years identified high soil acidity as a challenge, hence the choice of the new fertiliser Omya Calciprill, which can withstand the rains and boost yields by 70 per cent.

It said after several researches into the challenge, COCOBOD decided to partner two specialist importers of fertilisers in the country, Beft Agro and Demeter Ghana, for the Omya Calciprill.

COCOBOD said it further requested that the two companies should not only introduce the product but also conduct training and seminars in conjunction with the Cocoa Health and Extension Division (CHED) for the farmers and Cocoa Extension Officers in the region for maximum result.

At the introduction and training sessions for farmers at Kajebil in the Ahanta West District, the Western South Regional Manager CHED, Mr Samuel Ankamah, said they expected the new product to make a big difference in the quest to increase yield.

To ensure effective application, acceptance and getting the expected result, he said the companies were providing farmers with some free Omya Calciprill in addition to the training on the mode of application.

He said aside the training on the application, the companies, also educated the farmers on the issue of soil acidity in the Western Region.

Western South, which is a cocoa region of the COCOBOD, had been classified as a high rainfall zone with its associated high acidity level, so the introduction of the new fertiliser could help the crop endure the soil acidity level and lead to increase in productivity.

Mr Ankamah added: “Studies have shown that soil acidity is one of the major constraints on cocoa cultivation and further limits the levels of key nutrients such as nitrogen, potassium and phosphorus leading to low cocoa yields, thereby affecting farmers,” he said.

The Omya Calciprill fertiliser, he said, was a high-quality soil conditioner used to rid soils of any acidity for yields to increase.

For his part, the Head of Fertilisers at Demeter Ghana, Mr Nash Sulemena, said from the studies conducted across Ghana, “it appears that the biggest limiting factor on increasing yield in cocoa is the high level of acidity in the soil.”

The new fertiliser, he said, had already been tested and resulted in improved yield, hence the need to introduce it to the farmers in areas with high soil acidity levels.

Mr Frank Boateng of Beft Agro Limited said the Western Region had long had an issue with soil acidity, which had severely hampered the yields of cocoa farmers – a situation he described as demoralising.

“We are, therefore, happy that after an intensive study of the situation, we have found solutions for the cocoa farmers and we know the increase in yield would lead to improvement in the lives of the farmers and their communities,” he said.