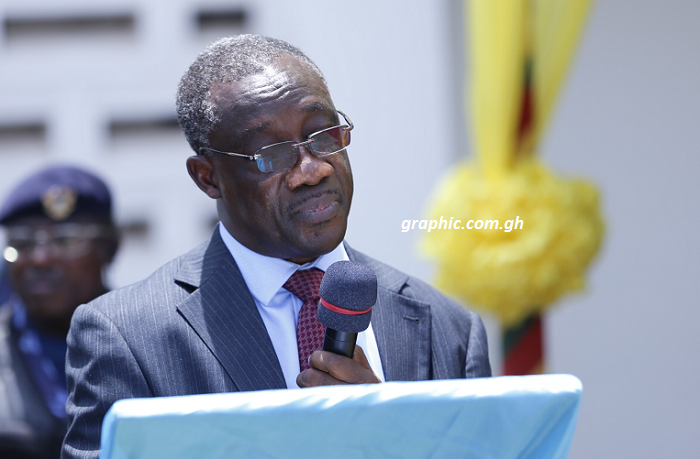 The Cargo Tracking Note (CTN) policy takes off today (October 15, 2018). The policy was piloted from July 1, 2018 but was suspended in August following agitation by the Ghana Union of Traders Association (GUTA) and the Ghana Institute of Freight Forwards (GIFF).

According to the demonstrators, the introduction of the CTN policy would place further financial burden on traders, but the government has denied the claim.

Some of the issues raised by the agitators were the lack of legal framework for the policy, breach of international treaties and impediment to trade facilitation.

However, the GRA, in a public notice dated October 12, 2018 and signed by the Commissioner General of the GRA, Mr Emmanuel Kofi Nti, said: “This is to serve notice that the implementation of the Cargo Tracking Note policy begins in earnest on Monday, October 15, 2018.”

According to the GRA, the intervention was to provide greater scrutiny of major imports for both valuation and security management purposes.

From Monday, importers whose imports from records exceed 36 twenty foot equivalent units (TEUs) per year will be required to obtain a CTN number in the country of export,” the public notice indicated.

That, according to the GRA, meant any importer who imported less than 36 TEUs per year was exempted from CTN compliance.

The public notice indicated that the exemptions were to ensure that small and medium-scale importers, mostly petty traders, market women and men, small distributors and other small to medium businesses were free from the requirements of the intervention.

“Government will monitor closely the implementation of this important customs management tool with a view to learning the needed lessons and adjusting the scope and mechanics of the policy to achieve both the valuation and the security enhancement objectives of the intervention,” the public notice from the GRA stated.

On October 9, 2018, the Ghana Union of Traders Associations (GUTA) backed down on its opposition to the Cargo Tracking Note (CTN) policy by the government.

In an interview with the Daily Graphic on October 9, 2018, the Deputy General Secretary of GUTA, Mr Emmanuel Nana Opoku Acheampong, said GUTA had decided to abide by the directive from the GRA and the government.

He said GUTA’s decision followed a review of the CTN system which was now advantageous to traders and importers.

Mr Acheampong noted that the association had accordingly called on all traders to embrace the CTN system in the interest of the country.

Mr Acheampong said members of GUTA and traders who initially opposed the policy due to lack of sufficient information on how the system worked had rescinded their decision and were now in full support of the implementation of the reviewed policy.

“Prior to implementing the CTN, traders kicked against it because there was inadequate communication from the government and the Customs Division of the GRA. The CTN has been reviewed for the benefit of importers and traders and the new system now does not apply to traders whose capacity is a maximum of three twenty-footer equivalent unit (TEU) per month, which is equivalent to 40 feet high queue TEU container in a year .

“I strongly urge the Greater Accra branch of GUTA especially to put all differences aside and welcome the reviewed CTN policy in good faith,” he stressed.

Meanwhile, a freight forwarder, Mr John Kwame Adu Jack, has dragged the Ghana Revenue Authority (GRA), the Commissioner-General, GRA and CTN Ghana Limited to court for a declaration that the introduction and implementation of the CTN policy was illegal, unconstitutional and in breach of provisions in trade agreement.

The plaintiff is seeking a perpetual injunction to restrain the defendants and agents from implementing the CTN in its current form.

Costs and any other order the court might deem fit are also being sought by the plaintiff, who filed the suit at 2:53 p.m. on October 12, 2018.

A lawyer based in Tema, Mr James Enu, filed the suit on behalf of the plaintiff.

Meanwhile, the plaintiff has filed an application for an order of interlocutory injunction seeking to restrain the defendants from implementing the CTN policy until the final determination of the case.

Hearing of the application for interlocutory injunction has been scheduled for October 31, 2018.

The applicant is praying the court to halt the implementation of the CTN policy on the grounds that he will suffer irreparable loss if the policy is implemented and he wins the case eventually.