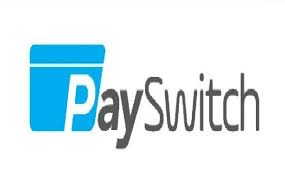 The Vice-President, Dr Mahamudu Bawumia, has said the government will soon stop accepting cash payments and instead encourage people to make electronic payments.

“Once the infrastructure has been put in place, the government has to take full advantage of it and be able to receive payments from all sources of services electronically,” he said.

The Vice-President was speaking at the launch of Ghana’s first and only private third-party processing electronic payment company, PaySwitch Company Limited, in Accra on Wednesday.

The launch was to officially introduce the company’s brand and services to financial, insurance and e-commerce companies.

Extolling the virtues of electronic payments, Dr Bawumia said electronic payments and transactions would also allow the government and financial institutions to track and collect all payments of money, making it more difficult for “people to steal the money”.

“If we are able to integrate our electronic payment system, which will not be too long in coming once we are assured of the stability of the system, we can use technology as one of the biggest enemies of corruption,” he stated.

“A properly harnessed effort in this area has the capacity to transform society significantly towards the achievement of a cashless economy and the role of electronic payment is essential for propelling our economic fortunes,” he added.

Dr Bawumia said a 2016 Bank of Ghana Report revealed that the use of physical cash as the medium of exchange was on a continuous decline due to the increase in the use of other sources of payment, including cards, mobile money and the Ghana Interbank Payment and Settlement Systems (GhIPSS) Instant Pay.

“In fact, with the development that we are seeing in mobile money and electronic payment in Ghana and the infrastructure that has now been put in place, anybody with a mobile phone essentially has a bank account and can do mobile payment to a bank and pay taxes and import duties,” he said.

He gave an assurance that the government was determined to drive down the information technology highway, leveraging the opportunities it offered to improve the way Ghanaians worked in the offices and factories, lived their lives daily and taught their children to be citizens of the future.

The Vice-President said in many emerging economies, financial innovative technologies were making it possible to provide efficient, secure, low-cost and convenient services for a large segment of the population who were financially excluded.

Those innovations, he said, were securing the means of settling transactions and boosting confidence in the payment system.

“Since payment systems are at the heart of day-to-day operations of a modern economy, any innovation that facilitates the exchange and payment activities can only make an important contribution to the overall performance of the economy, creating jobs and adding value to the national output,” he said.

He indicated that since 2017, the government had embarked on an aggressive pursuit towards financial inclusion and formalisation of the economy through digitisation, such as the paperless ports, with a commitment to roll out the national identification system this month.

“We have started issuing smart drivers’ licences, e-business registration and certification and a digital property address system and commencing the process to digitise all land records this year.

Dr Bawumia said together with the Bank of Ghana, the GhIPSS and the telecommunication companies, the government last week launched the mobile money interoperability system, an initiative geared towards making the process of financial inclusion more effective and sustainable.

“We are allowing interoperability among the mobile companies and regardless of the network one uses, one could send and receive money to and from any operator,” he said, describing the initiative as the standard mobile interoperability seen in Kenya and Tanzania.

He, however, said the government had gone one step ahead of what was being done in Kenya and Tanzania by bringing in the banks to work with the telcos to allow Ghanaians to send money from their mobile phones to their bank accounts, and vice versa.

Describing Ghana as the first in Africa to accomplish such interoperability, he said in the next couple of months, the government and stakeholders would make the e-zwich system a key part of the mobile payment interoperability to complete the entire process.

“We are the leading African country in the area of mobile payment interoperability, overtaking Kenya and Tanzania, and thankfully we did it within a budget of $4.5 million, instead of $4.6 billion,” he said.

Dr Bawumia said while the government was working hard with stakeholders to formalise the economy and ensure financial inclusion, the biggest challenge facing the nation was how to ensure that the economy created a system that allowed for the integration of payment of resources.

“By this, I am referring to how to ensure that mobile money does not become a channel of transferring money by an isolated channel and how payment cards can transact across multiple channels, regardless of which bank issued it, and how to ensure that retail outlets do not discriminate which sources of payment they will accept at any particular time,” he explained.

Drawing Ghanaians out of poverty

He reiterated the fact that the government was keen on developing the financial sector to help draw more Ghanaians out of extreme poverty.

In line with that, he said, the abolition of the 17.5 per cent tax on financial services last year was aimed at encouraging the development of financial transactions and e-payment, since research had proved that countries with strong financial systems also experienced strong economic growth.

Dr Bawumia, therefore, challenged all industry players to take advantage of the government’s programmes and policies aimed at boosting economic prosperity for businesses and individuals by collaborating to dominate the key sectors of the national economy.

‘Reinvent or risk being disrupted’

Delivering a statement at the event, the Governor of the BoG, Dr Ernest Addison, said the central bank expected banks to reinvent themselves or risk being disrupted by non-bank players in the financial sector.

He said as efforts were being made to improve regulatory and supervisory roles and the needed financial architecture, all stakeholders in the system must intensify their efforts to innovate products and services to support the cash-less and financial inclusiveness agenda.

For his part, the Chief Executive of PaySwitch Company, Mr Kojo Choi, expressed the commitment of the company to offer world-class fast electronic payment platforms for various banking and e-commerce institutions to carry out their e-payment transactions.

He stated that as a fully-owned Ghanaian business that needed to be supported, the company was also ready to promote e-payment, which is essential to propel the economic fortunes of the country.