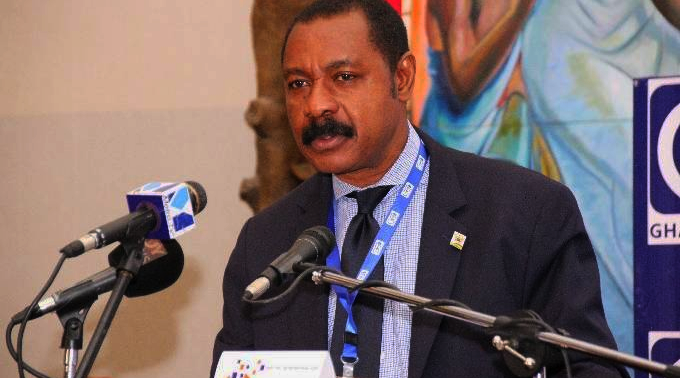 To ease the incessant pressure on the cedi, especially in the first quarter of every year, government must introduce a law that regulates the repatriation of profits by multinationals operating in the country under juicy tax exemptions, Nana Osei Bonsu, Chief Executive Officer of the Private Enterprise Federation (PEF) has advocated.

The local currency is under its usual first quarter stress, with a year-to-date depreciation of 7.95 percent, according to data from the central bank.

Starting the year at GH¢4.8267, the cedi was trading against the US dollar officially at GH¢5.1976 as at Friday, March 8. This figure is however higher in forex bureaus across the country.

It is such levels of depreciation that makes Mr. Bonsu and other analysts believe a different approach to managing the depreciation is required in the short-, medium- and long-term.

“You cannot have a blanket law that allows for the repatriation of dividends or profits at just any time. You can take your profit home, but it has to be regulated and structured in a way that it doesn’t affect the cedi negatively.

“The current situation allows for repatriation anytime and anyhow, and that is what is impacting negatively on the local currency now. Do we have enough foreign exchange to allow anybody to return their profits in bulk? We should stagger the repatriation of profits so that the impact on foreign exchange will be limited,” he told the B&FT in an interview.S

He believes that when foreign businesses bring in capital for investment and are benefitting from huge tax breaks, they must not be allowed to repatriate their profits in full and at any time they want – since such a move is one of the major causes of the depreciation this year.

Mr. Bonsu also argued that foreign businesses must either re-invest 25 percent of their profit-after-tax in areas that they are not exposed to but will be beneficial to the economy as a whole, or made to list a significant portion of their business on the local stock exchange so that local investors can benefit.

“There must be rules of engagement. If you bring Foreign Direct Investments (FDIs) you are allowed to repatriate your profit; but structure the repatriation so that it does not have a direct hit on the exchange rate.

“I would want them to repatriate not more than 75 percent of their profit margins within the year, and they should re-invest 25 percent of their net income into sectors of the economy unrelated to their area of operation.

“Why are we giving them these opportunities when in the first place they come in and enjoy very grand tax exemptions? Tax exemptions is about forgoing government revenue so they make money; but when they make their money, they must pay back, either in equity or re-invest 25 percent in sectors of the economy that can have collateral benefit to the economy,” he said.

He told B&FT that, at the end of the day, foreign companies are given all the largesse not only to create jobs but to create wealth; and “if they own 100 percent and repatriate 100 percent, how can wealth be created for Ghanaians and for Ghana?” he asked.

“Let us create a win-win situation for all; they come with investment, they get tax exemptions and make money, then they must re-invest a percentage and even float a percentage of their companies on the stock market. This will allow locals to benefit,” he said.