Central bank executive to banks: ‘It won’t be business as usual’ 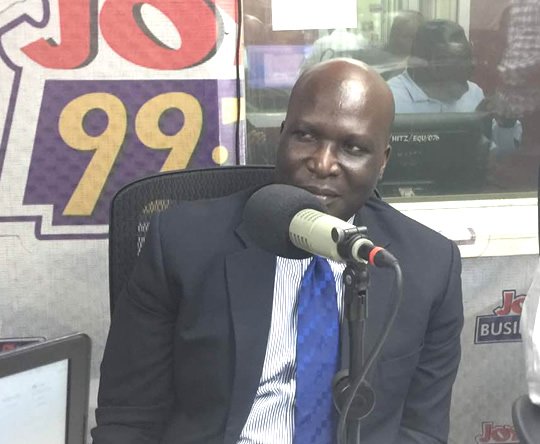 The head of banking supervision at the Bank of Ghana, Mr. Osei Gyasi, admits there were errors in bank oversight, causing the collapse of five banks last week, but he cautioned that under current management, “it won’t be business as usual.”

On the Super Morning Show Monday, Mr. Osei Gyasi told the show’s host, that “we could have been more thorough in the time that has passed. We could have gone further to mitigate what has crystallized.”

Mr. Osei Gyasi, who has served in his position since 2017, explained that what caused the banks’ liquidations stemmed from lack of corporate governance, failure of the banks to comply with regulatory balances and mismanagement of administration standards. Those now-defunct banks include The Construction Bank, The Royal Bank, uniBank, BEIGE Bank and Sovereign Bank.

Moving forward, any bank found not to comply with the regulator’s policies will be sanctioned, he urged. The central bank, he says, has implemented a new documented procedure to verify and determine the source of all capital. This will ensure that the money banks bring in stays there.

“We have appropriate state agencies that have the responsibility to make sure the proper reports are filed and enforced,” says Mr. Osei Gyasi. “You can count on the central bank when I say that moving forward, everyone will be held responsible for his or her actions at the banks.”

Financial analyst and CEO of Universal Capital Management, Dr. Richmond Atuahene, who also appeared on the show, added that regulatory infractions and “suspicious capital” were part of the problem. He said that the Bank of Ghana allowed forbearances, which led to poor enforcement, and inevitably, delayed the actions needed to prevent the damage done.

“I’ve been observing this for the last seven years and what I realized is that from 2009 – 2017, non-performing assets were going up,” he said.

In 2017, the International Monetary Fund (IMF)completed review under the extended credit facility arrangement for Ghana. In the report, the IMF’s Deputy Managing Director and Acting Chair, Mr. Tao Zhang, found that “Ghana’s macroeconomic performance over the years has been mixed. Policy slippages have compounded the adverse impact of shocks and resulted in significant external and domestic imbalances.”

To rectify this, Mr. Zhang said that “the new government has committed to macroeconomic stability, fiscal discipline, and an ambitious reform agenda. Decisive implementation of these policies and reforms would allow Ghana to reap its economic potential and achieve higher and more inclusive growth rates.”

Mr. Atuahene mentioned that above all else, BoG must closely monitor and examine bank transactions to prevent another bank collapse.

“$8 billion has gone into the drain,” he admonished. “Not everyone deserves to be the owner of a bank or serve on a board.”

WhenMr. Osei Gyasi was asked whether he believes his predecessor at BoG could be blamed for the collapse of seven banks in two years, he replied, “I am not in the position to tell.”

On 1st August, news broke that five financial institutions (The Construction Bank, The Royal Bank, uniBank, BEIGE Bank and Sovereign Bank) have been merged to form The Consolidated Bank of Ghana Limited. The Bank of Ghana’s decision to combine the banks was based on investigations finding several malpractices including misapplication of funds.

Suspicions of wrongdoings began earlier this year. On 2nd August,  Second Deputy Governor at Bank of Ghana (BoG), Mrs. Elsie Addo Awadzi told Joy FM that in March 2018, an administrator was sent to investigate wrongdoings at one of the collapsed banks, uniBank.

“We had suspicions that the returns from uniBank were not correct,” adding that the bank failed to report returns it was required to complete monthly.

Upon investigation, the central bank found that the bank was flubbing bank sheet numbers. Scores of financial transactions were improperly recorded. A paper trail led BoG to find transactions were not in the benefit of depositors.

“As a result, to protect the profits of the banks, we took a big decision to revoke their licenses.”

Following the banks’ collapse, the government of Ghana has issued a ¢5.7 billion bond to support the new Consolidated Bank.

“Ghana needs a strong and stable banking sector to drive the process of economic transformation,” the statement read. “A weak banking sector means that access to credit will be limited while lending rates will continue to be high.”

BoG further maintained that customers’ funds are safe. The regulator stated that it expects “the new bank will be better governed and managed to become a strong indigenous bank to support Ghana’s economic transformation.”

Mrs. Elsie Awadzi said that in the interest of the depositors, the decision to merge the banks will be beneficial to the future of Ghana’s financial sector.

“We take supervision seriously and the BoG is taking great effort to ensure that supervision is enforced,” she elaborated. “Not complying with the law will not be tolerated.”