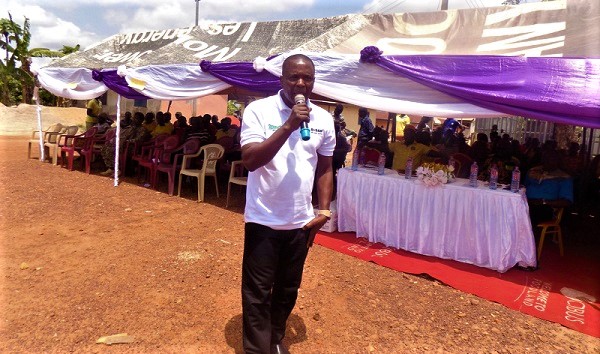 The Ghana Cocoa Board (COCOBOD) has banned the use of 2, 4 – Dinitrophenol weedicides as it is harmful to human health.

The 2,4-dinitrophenol (DNP) is known as a weight loss agent with significant acute toxicity and risk of death and was one of the first antiobesity therapies used in the 1930s.

COCOBOD has also discouraged farmers from the application of all kind of weedicides on their cocoa farms since they do not only destroy the soil nutrients, but also reduce cocoa production.

The Deputy Eastern Regional Manager of COCOBOD, Mr Kingsford Kabutey, announced this when he addressed a farmers’ educational rally at Akyem Manso near Oda last Thursday.

He said COCOBOD had imported and distributed a number of mechanised crashers to cooperative societies and farmers’ groups for clearing weeds on cocoa farms as a measure to reduce labour cost and also discourage farmers from applying weedicides.

Mr Kabutey, therefore, advised all cocoa farmers to join farmers’ groups and cooperative societies in order to benefit from the mechanised crashers, insecticides and fertilisers.

He also urged farmers to cooperate with extension officers of COCOBOD in the destruction and replanting of diseased and aged cocoa farms as they were among the positive measures adopted towards increased cocoa production.

The regional manager said the government had increased the incentive package of GH¢552.60 for one hectare of destroyed and rehabilitated cocoa farms to GH¢1,000 in addition to free supply of hybrid cocoa seedlings, plantain suckers, economic trees and fertilisers, adding that each cocoa farm owner or tenant farmer would get GH¢1,000.

He stated that the government had abolished the mass cocoa spraying exercise and entrusted that responsibility to cooperative societies and farmers’ groups.

Mr Kabutey spoke against child labour as it negatively affected the children’s health and education.

He said even though cocoa farmers could send their children to their farms on Saturdays and on holidays, they should not over burden them with heavy duties.

He also implored the youth to take active part in cocoa production to replace the aged farmers.

The District Chief Executive (DCE) for Asene – Manso – Akroso, Mr Alex Incoom, enjoined farmers to maximise their output at all levels for the nation to retain its position as the world’s leading producer of cocoa.

Mr Bright Asiedu, the Senior Technical Officer in charge of Akyem Bieni Seed Production Division of COCOBOD, said his outfit had nursed a large number of hybrid cocoa seedlings for free supply to farmers this year.

He urged the farmers to take active interest in cocoa pollination in order to increase output.

Other speakers at the function chaired by the Abakomahene of Akyem Manso, Nana Danso Frimpong III, included Mr Samuel Amponsah, the immediate past Executive Director of Cocoa Health and Extension Division of COCOBOD.