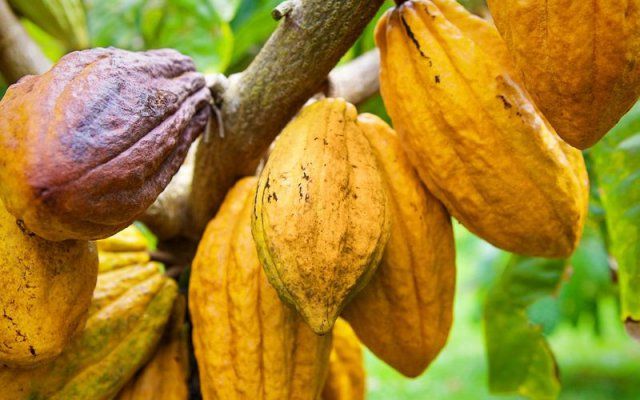 The Ghana Cocoa Board (COCOBOD) plans to reduce its reliance on short-term debts, particularly the annual cocoa loan, in favour of long-term bonds to help provide breathing space for the board and reduce the repayment pressures posed by the syndicated loans.

The Deputy Chief Executive Officer in charge of Finance, Mr Ray Ankrah, said rather than borrowing funds that it would have to be repaid within a year, the board intended to issue 15 to 20-year bonds to raise the required finances to fund its operations.

The funds would also be used to pay off some cocoa bills that were sitting on its books, Mr Ankrah said on May 28.

The Deputy CEO said COCOBOD would be aiming at raising between $1.5 billion to $2 billion through its maiden long-term bond.

He said talks were currently ongoing towards the issuance of the bond, possibly before the next cocoa season in October this year.

Mr Ankrah gave the assurance when executives of the Standard Bank Group met with COCOBOD executives at Cocoa House in Accra.

The delegation, made up of about 20 officials from the Standard Bank Group, the parent bank of Stanbic Bank Ghana Limited, was headed by Mr Steve Hall.

It was received by the CEO of COCOBOD, Mr Joseph Boahen Aidoo.

‘Looking into the future’

Addressing the delegation on COCOBOD’s finances, the Deputy CEO said the board was looking “very much into the future and asking some hard questions.”

“When we get the annual syndication, it takes care of the cocoa purchases and our operational expenses, but we have also inherited some legacy issues in terms of cocoa bills that need to be taken care of,” he stated.

The cocoa bills are mostly short-term instruments, with tenures not exceeding three years, that are issued by the board to raise funds for its operations.

The Deputy CEO said: “We have quite a number of them on our balance sheet that we need to take care of to give ourselves the financial space that we need so that we can re-invest a lot of these money in some of the productive enhancement programmes (PEPs) to ensure that cocoa has a very sustainable future.”

“We are looking for long-term financing so we are considering bringing in a long-term bond and we are looking in the region of $1.5 billion to $2 billion for 10 to 20 years to help us pay off the cocoa bills,” he added.

He said that would help COCOBOD to reduce its financing cost.

Mr Ankrah was optimistic that a successful issuance would help reduce the board’s reliance on the annual syndicated loan.

“If we can pull this off, then we will be able to reduce our reliance on our annual syndication,” he said.
He said the long tenure of the bond would also mean that COCOBOD would require a lesser amount of the cocoa bean as collateral.

The head of the delegation from the Standard Bank Group said the visit was borne out of the bank’s purpose which was to drive economic growth in Africa.

“We are not here just to bank Africa, but the purpose resides in the fact that we see Africa as an entire continent and a home and we are here to drive its growth,” he stated.

“We are also here as an executive team to learn about how we can play our role in making this our home and be able to drive the growth of Africa.

“We are on a journey to learn around these things so that as an executive, we can help transition the bank into one that can really drive Africa’s growth,” he noted.