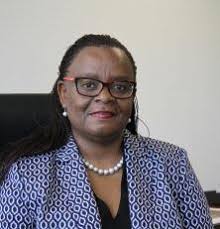 For the African Continental Free Trade Agreement (AfCFTA) to be successful, it is important that countries ensure products produced by their entrepreneurs are of the highest quality standards, Executive Director of International Trade Centre (ITC), Dorothy N. Tembo, has said.

Products made in Africa have often been unpatronised and, sometimes, despised even by its own citizens due to questions about their quality – thereby leading to a high taste for products produced outside the continent.

Speaking to the media after a meeting with top executives of the Ghana Export Promotion Authority (GEPA) in Accra to analyse the country’s preparation toward hosting the World Trade Promotion Organisation conference in May, Ms. Tembo said institutions set up to support the private sector must function properly in order to help ensure that the sector produces what the market wants, especially, during this time when Africa wants to set up a trading bloc.

Even though the African trade deal is expected to create the world’s largest free trade area, with the potential to unite 1.3 billion people in an about-US$3trillion economic bloc and usher in a new era of development, some feel there are challenges which make the continent not yet ready for such a deal.

For example, the lack of railway infrastructure connecting the continent is a major challenge. The AfDB reports that railways alone may need more than US$100billion in infrastructure investment to update the existing infrastructure and build new railway lines in Africa.

Another challenge is protectionism sentiments that are growing on the continent. For example, Nigeria closed its land borders in August 2019 in a move to curb smuggling and protect its local industries – a situation that has caused outrage among many African countries.

Again, the low level of manufacturing among many countries on the continent means they don’t produce a significant amount of finished goods to export. Most African countries are still exporting resources in their raw states, thus yielding less revenues for them.

Despite these existing challenges, Madam Tembo maintains that these should not discourage th implementation of the deal, as leaders of the continents will eventually come out with appropriate solutions.

“I don’t think we can wait for a time when we are ready. What is important is that we have the commitment to move forward; and what will be clearly important in this process is we are taking a step by step approach which progressively takes us in the direction we want to go. The issue for me is that the highest political level has given the signal that we want to do this, and I don’t think Africa has any other option at present

“If you are to look at the European Union, they have been in existence for some time – but up to this point, they are still working in areas where they still have gaps. What is important is clarity in terms of vision and clarity in terms of plans, and that we see all those plans through,” she said.