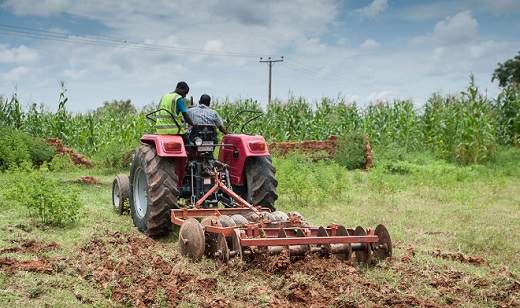 The latest Digitisation of Africa Agriculture (D4Ag) report has stated that there has been significant growth in digitilisation for agriculture over the last 10 years.

However, despite the growth, progress toward D4Ag has been somewhat slow to serve the smallholder famers that produce 80% of Africa’s agricultural output. Nevertheless, the opportunity is there, as agriculture is expected to be a trillion-dollar market by 2030.

The report is the first attempt to consolidate evidence and provide proof of impacts and the knowledge that will allow evidence-based investments. The report was launched on Monday in Accra as a precursor to this year’s African Green Revolution Forum (AGRF ’19), the world’s premier forum for African agriculture, which is being hosted by President Nana Akufo-Addo and the government of Ghana and will expectedly see over 2,300 delegates in attendance.

This is against the backdrop that the African Union’s 2018 biennial review of the Malabo Declaration shows fewer than half of the countries (20 out of 47) are currently on track to meet their commitments by 2025.

In 2019, both the European Union-Africa Union Task Force Rural Africa report (TFRA) and the communique from the Global forum for Food and agriculture (GFFA) highlighted the power of digitalisation in transforming agriculture.

The report was compiled by the Centre for Agriculture and Rural Cooperation (CTA) and its Director, Dr. Mikael Hailu, presented the findings at a press brief to summon in AGRF ’19. The four-day forum is focusing on how African governments can leverage on technology and innovation to boost agriculture productivity through good and favourable policies.

Dr. Hailu explained that while the size of the opportunity for D4Ag’s total addressable market for 2018 is €2.3billion, the turnover for 2018 in Africa was €127million. Additionally, there are 33 million registered smallholder farmers and pastoralists across Africa using D4ag solutions, and there is an expected 200 million smallholder and pastoralists to be registered through D4Ag by 2030.

Minister of Food and Agriculture, Dr. Owusu Afriyie Akoto, observed that nine years after AGRF was first launched in Accra by the late Kofi Annan as AGRA chair, the conference returns to Accra this year with the theme ‘Grow digital-leveraging digital transformation to drive sustainable food systems in Africa’.

On the second day of the conference, the 2019 Africa Agricultural Status Report (AASR) from the Alliance for a Green Revolution in Africa (AGRA) was launched, and highlights how the private sector-led “hidden middle” of the agri-food supply chains has undergone a Quiet Revolution.

Its rise has been largely unrecognised by policymakers (hence “hidden middle”), even as it has bridged gaps that previously separated most small-scale farmers from commercial markets.

These SMEs, often women-led, include food processors, wholesalers, and retailers. SMEs provide a wide range of services, from transport and logistics to the sale of inputs such as fertiliser and seed to farmers.  Their activity is driving a “Quiet Revolution” across African agriculture, connecting smallholder farmers to commercial markets at an unprecedented rate. The report finds that, overall, only about 20 percent of the volume of food consumed in Africa fits the conventional notion of subsistence agriculture—food consumed directly by the farming households that grow it.

The majority of what Africans eat flows through what are known as private sector “value chains” managed by SME businesses that purchase commodities directly from smallholder farmers and then process, package, transport and sell food products to the urban and rural consumer.

“SMEs are the biggest investors in building markets for farmers in Africa today, and will likely remain so for the next 10-to-20 years,” said Dr. Agnes Kalibata, President of AGRA. “They are not a ‘missing middle’ as is thought, but the ‘hidden middle’ – ready for support and investment to thrive further. Today, we bring them out into the light.”