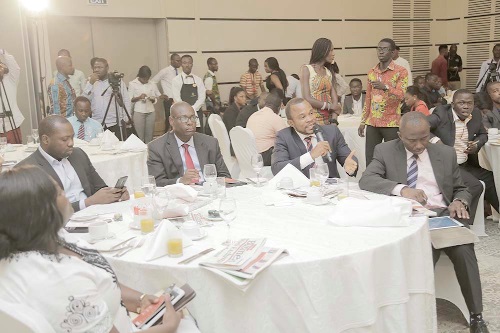 The Bank of Ghana (BoG) has been implored to make full disclosures on steps it will take to rescue troubled banks.

Emphasising on the need for such disclosures, the Corporate Credit Manager of Barclays Bank, Mr Solomon Kwashie Kofigah, told the GRAPHIC BUSINESS on June 1 that there would be confidence in the banking sector if the BoG publicised the various steps it takes to rescue a bank facing challenges in the country.

“We need to know the key yardstick the central bank uses to measure the banks and at what stage it will offer support and the level of support it will offer to a bank facing challenges,” he said.

A comprehensive Asset Quality Review (AQR) conducted by the BoG in 2016 showed severe deterioration in asset quality in the banking sector. The AQR results also showed substantial provisioning shortfalls in a subset of banks with a combined capital needs of around 1.6 per cent of GDP.

In August 2017, the BoG allowed the purchase and assumption of Capital and UT banks, by Ghana Commercial Bank(GCB).

Six months later, uniBank was placed under the administration of KPMG.

The BoG also recently appointed an advisor to guide Sovereign Bank, onto to a healthy footing due to governance and capitalisation challenges.

Mr Kofigah, however, said, “the process for such liquidation and who bares the cost must also be made public.”

He said it would be proper for the BoG to disclose the stage at which it would place a bank under administration or liquidation to inform depositors in their dealings with banks.

“This would help avoid overrun of troubled banks by depositors since they would be assured of the steps the BoG would take to protect their funds,” he added.

“So for instance, if liquid ratio is the key yardstick or non performing loan (NPL) ratio or impairment allowance coverage ratio, BoG needs to come clear and state the various levels of these ratios and its remedy actions.