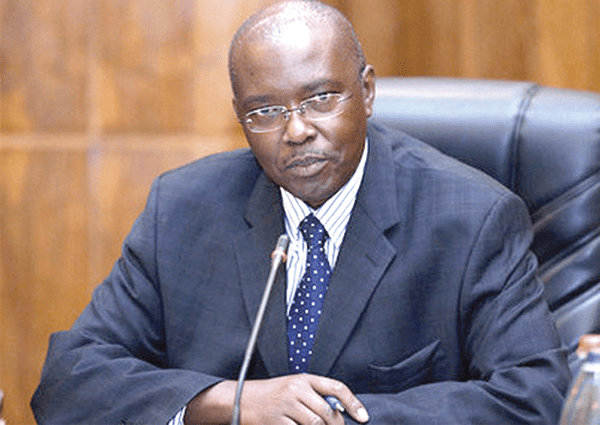 Ghana needs to diversify its economy and widen the country’s tax net in order to avoid falling into debt distress, the World Bank Country Director for Ghana, Liberia and Sierra Leone, Mr Henry Kerali, has advised.

He explained that the country was currently at risk of falling into high debt distress, if the government did not take bold decisions to diversify the economy and shore up local revenue mobilisation.

Mr Kerali, who was speaking at his last engagement with the media before exiting the country as the representative of the World Bank, said the economy had experienced significant challenges largely due to the country’s narrow base of the economy which was mostly led by the extractive sector, hence the urgent need for diversification.

“There has been too much attention on oil and gas to the detriment of others. Ghana needs to diversify its economy and I believe the government also appreciates that there is a need for diversification of the economy,” he said.

To help diversify the economy and champion growth, Mr Kerali said the government must widen the tax net to capture the informal sector which formed the majority of the country’s population and introduce property tax to increase revenue while reducing the burden on tax payers in the formal sector.

“Ghana is at risk of high debt distress primarily because of domestic revenue mobilisation being very weak so first broaden the tax net so that you are not simply taxing the same few people but rather widening the net to capture a broader section of the population.

“I know some of the examples that have been cited include property taxes where collections rates are extremely low, in some municipalities they don’t even collect it at all,” he said.

On priority areas that could propel growth, Mr Kerali said the efficiency of the agriculture sector was low and must be improved to maximised production in the sector.

As a result, he urged the government to concentrate on developing Agribusiness and position it in a way that would be more attractive to the youth.

“Some of the areas with the most potential include Agriculture but Agribusiness in Ghana lacks behind what comparably other countries have been able to achieve because the efficiency of the agriculture sector is pretty low and so not surprisingly Ghana has a high food import bill, something close to $2billion so there is a lot of potential to close that.” he said.

Mr Kerali noted that Information Communication Technology (ICT) also had the potential to propel growth in the economy if given the needed support and attention by the government.

“There is also potential in the ICT, in fact the World Bank is actively promoting that and the government is also doing the same which is really trying to drive the digital economy so that you have systems and government services that are enabled to work on electronic systems computers to enable the population to receive services without having to travel somewhere for services which is an unproductive way,” he said.

Mr Kerali, as part of his parting message, also urged the government to create an enabling environment for the private sector to thrive to boost job creation in the country.

He said although the government had started putting in place the right policies that would improve the ease of doing business in the country a lot more needed to be done to empower the private sector to become the employer of the masses.

“This is one area that I would suggest that more focus need to be put on to improve the business environment and some steps have been taken like the recent approval by Parliament of the Companies Act so our suggestion is to focus a lot on improving the business environment which basically means interacting with the private sector in a more formal way to be able to understand the challenges that the private sector face,” he said.