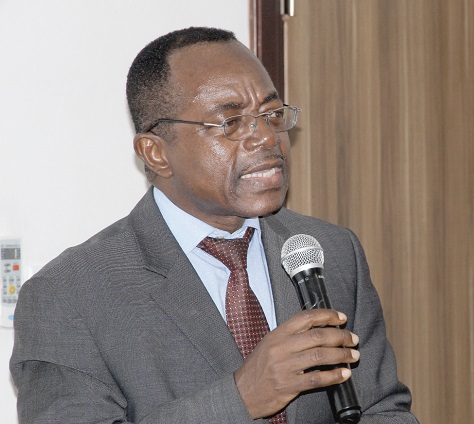 Bank staff and customers have been encouraged to call the attention of the Bank of Ghana (BoG) whenever they realise that banks are engaging in financial malpractices.

The advice was given by the Chief Manager, Banking and Supervision at the BoG, Mr Ismail Adam.

According to him, such a move would help the BoG to intervene early enough to salvage the investments of customers and also clamp down on financial malfeasance in the banking sector.

Mr Adam was speaking at a forum organised by the Ghanaian-German Economic Association (GGEA) in Accra recently to discuss how confidence in the financial sector could be restored.

He expressed worry about how customers and banking staff withheld information and kept mute on unethical practices going on in the banks until their collapse.

“As regulators, we take decisions based on information made available to us. We are there to prevent banks from failing but obviously, we cannot perform this function if staff of banks and customers hide unethical practices going on in the various banks from us,” he said.

Mr Adam called on customers, therefore, to report any suspected financial malfeasance in banks to the Consumer Complaint Unit of the BoG.

Restoring confidence in the financial sector

A strategy and operations management consultant at KPMG, Mr Robert Dzato, said one way to restore financial confidence in the banking sector was for the hearing of cases involving the directors and owners of banks whose actions and inaction led to the collapse of their banks to be held publicly.

“It is important because people want to know how the issues are being addressed and how people are being held accountable to their actions and inaction that led to the collapse of the banks. We need to be dispassionate about it,” Mr Dzeto stated.

He also called for a financial data centre to be established by the BoG where the performance of banks would be published.

That, according to him, would enable investors to do proper due diligence to guide their decisions on where to invest their monies safely.

Opportunities in the New Companies Act

A State Attorney at the Registrar General’s Department, Mrs Elizabeth Osae-Omane, who elaborated on the opportunities in the New Companies Act 2019 (Act 992), noted that with the introduction of a new provision under the act which enabled shareholders to enforce the rights of their companies through derivative actions, the capacity of shareholders had been strengthened to hold directors of companies accountable for their actions.

The new provision enables shareholders to apply to the court for leave to bring an action in the name, and on behalf of the company.