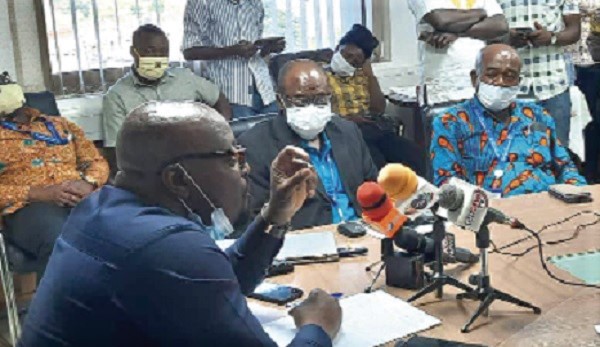 The Electricity Company of Ghana (ECG) is spending Gh¢ 29.5 million within the next year to expand access to reliable power supply in the Ashanti Region.

Currently, the substation has only one 11kV substation that feeds the entire Konongo and part of Kumawu.

At a press briefing in Kumasi to address the power outages being experienced in the Ashanti Region in recent times, the Managing Director of ECG , Mr Kwame Agyeman-Budu, said the company had also invested in fire retardant paints to be used on the wooden poles to reduce the incidence of electric poles being burnt by bush fires.

Mr Agyeman-Budu explained that some of the outages had been due to faulty transformers in the region.

He said the company had identified 13 transformers that had been the cause of most of the outages in the region.

According to him, out of the total of 234 outages that the region had experienced in the last one month, the 13 stations were responsible for a total of 102 while 29 of them were from GRIDCo.

He said during the period under review, the transformer at Piase in the Bosomtwe District tripped 12 times while that at Mankraso in the Ahafo Ano South District also tripped 10 times.

That notwithstanding, he said, the company’s response time in restoring power whenever there was an outage had also reduced considerably.

He said the company had been working around the clock to ensure that power was restored quickly to affected areas whenever there was an outage.

According to him, while the intention was to have an outage free system, some external factors made it impossible.

Mr Agyeman-Budu cited the incidence of bush fires which destroyed electricity poles, and illegal connections as some of the causes.

He reiterated that the company would not deliberately cut supply to its customers because “whenever power goes off, we lose money.”

“The more power that is consumed legally, the more money the company makes’’, he stressed.

Mr Agyeman-Budu appealed to the public to report those engaged in illegal power connections to the company for necessary action.

He said the company had instituted a scheme to reward whistleblowers with six per cent of proceeds that the company would generate whenever someone engaged in illegal connection was arrested and billed.