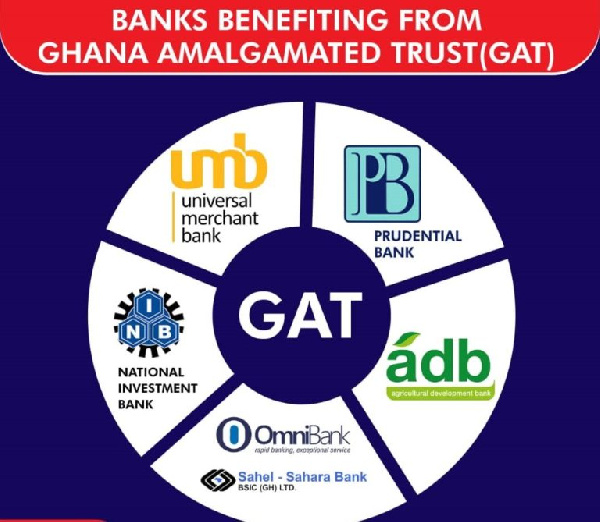 With exception of the National Investment Bank (NIB), all banks operating in the country have now met the GH¢400million capitalisation as the banks under government’s bail-out plan have been helped with the needed funds, Governor of the central bank, Dr. Ernest Addison, has confirmed.

According to the Governor, four of the banks that were given government guarantee through the Ghana Amalgamated Trust (GAT) bond – ADB, OminiBSIC, UMB, and Prudential banks – have all been fully capitalised. But NIB is still undercapitalised as its liquidity challenges far exceed the GH¢400million minimum capital.

What this essentially means is that all 23 licenced banks in the country are now operating with the new minimum capital requirement with the exception of NIB, which Dr. Addison said needs more intervention.

“In the last week or so, we have had all the other banks complete their capitalisation. The only sticking point is the case of NIB, where the capital requirement appears to be larger than we originally envisaged. So, obviously, the NIB is a bank that we need to do some more work on. But it is a state bank, and the considerations are very different,” he told media during the MPC press briefing.

The MPC has – for the fourth consecutive time – maintained the policy rate at 16 percent, citing slow pace of disinflation process despite a rebasing that led to inflation hitting 7.8 percent – less than the bank’s medium-term target of 8 percent. Again, the Committee raised concerns about the fiscal consolidation process and weak revenue monbilisation which have led to a wider budget deficit.

“On inflation, the Committee’s view was that the pace of disinflation had slowed somewhat. The recent underlying inflation trends gauged by the core inflation and weighted inflation expectations all showed some uptick in August 2019. This gives some indication of emerging pressures coming mainly from the recent upward adjustment of utility tariffs, ex-pump prices and transport fares. The second-round effects of these administrative measures will have to be monitored closely over the next quarter.

“The fiscal situation remains a concern, and strengthened efforts will be needed to close the deficit gap. The Committee was concerned about the continued revenue weakness, which requires expenditure adjustments to contain a larger than projected budget deficit.

“This will help underpin investor confidence in the Ghanaian economy and reduce the burden on monetary policy. Global conditions and inflation developments at home have created some policy space for monetary policy which, however, cannot be exploited in the current circumstances.

“Under these circumstances, the Committee has decided to keep the Monetary Policy Rate at 16.0 percent while monitoring developments going forward,” the MPC release stated.