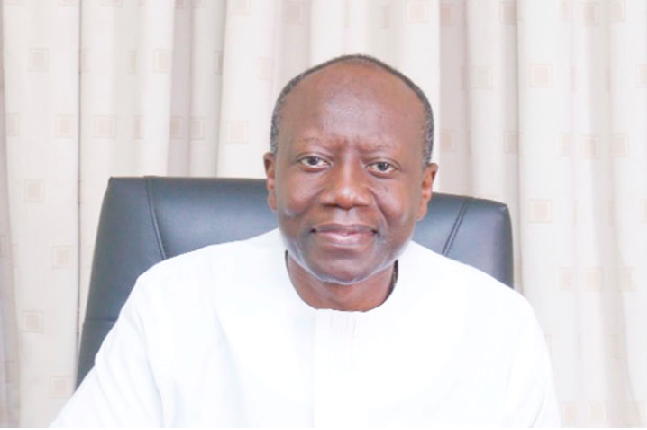 The Minister of Finance, Mr Ken Ofori-Atta, is the leader of Ghana’s delegation to the International Monetary Fund (IMF) / World Bank annual meetings which takes place this week, October 14-20, 2019, in Washington DC, in the United States of America (USA).

Members of the delegation include the Governor of the Bank of Ghana (BoG), Dr Ernest Addison; the Chairman of the Finance Committee in Parliament, Dr Mark Assibey Yeboah; some deputy ministers and other officials from the BoG and the Ministry of Finance (MoF).

A press release issued in Accra by the Public Relations Unit of the MoF, said Mr Ofori-Atta, who is also the current chairman of the development committee and the Africa caucus, would lead the caucus to present their views and concerns to the world body.

An Africa caucus meeting in Accra in August, among other things, committed to pursue macroeconomic frameworks, policies and reforms that will support private sector investment, women empowerment and sustainable growth.

A declaration by the caucus after the meeting demanded, “that the Bretton Woods institutions support reforms and investments to foster private sector development and facilitate entrepreneurship and innovation, particularly in agribusiness, manufacturing, industrial parks, renewable energy, housing and digitisation.”

While in Washington, the Ghanaian delegation will participate in the Africa caucus meeting with Mr David Malpass and Ms Kristalina Georgieva, the President of the World Bank, and the IMF Managing Director, respectively.

The delegation will also attend the Commonwealth finance ministers’ meeting, G24 meetings, and the launch of the regional economic outlook for Sub-Sahara Africa.

The annual meetings of the Boards of Governors of the World Bank Group and the IMF bring together ministers of finance, central bankers, development partners, parliamentarians, private sector executives, representatives from civil society organisations and academics to discuss issues of global concern.

Some of the issues include the world economic outlook, poverty eradication, economic development and aid effectiveness.