Focus on Infrastructure and industrialisation to benefit from AfCFTA – MPS CEO 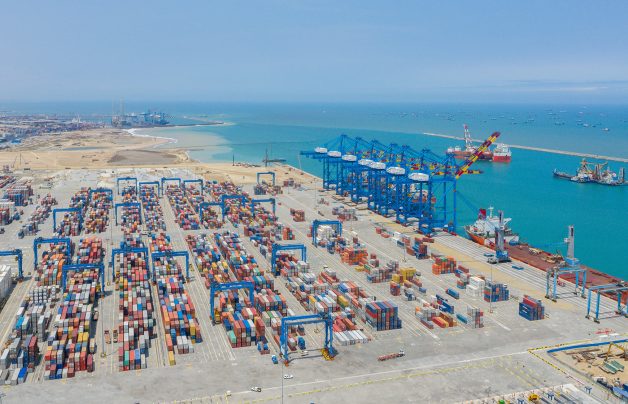 Ghana being host of the African Continental Free Trade Area (AfCFTA) Secretariat is something great for the nation, but being able to fulfil the goals of this initiative will be determined by strategic focus on infrastructure and industrialization, Mohammed Samara, Chief Executive Officer of Meridian Port Services (MPS) has said.

According to him, the area will be one of the largest trade zones in the world, as it represents a population of about 1.2 billion; and growth within a GDP of over US$2.5trillion, comes with certain demands to facilitate its success.

However, Ghana stands to gain if policymakers are able to meet and provide such essential requirements, which include more industries, efficient corridors, reliable railways, roads, and ports, just to mention but a few.

“First, you need to have the infrastructure. Do we have the roads, ports, railways, and corridors for it? Can we get to manufacture a percentage of what is being consumed within that area? So, these are the things that we really need to be looking at in this moment to make the treaty effective, in order for the vision to come to pass.”

Mr. Samara said Ghana may be able to benefit if policymakers focus on industrialisation and agriculture – which according to him will serve as a catalyst for economic transformation.

He commended President Nana Akufo-Addo for his 1D1F vision, adding that Ghana needs to encourage more industries running at full speed in order to create more jobs for the youth and improve exports tremendously, upon gaining access to cheaper and wider markets within the region.

“If you look at the African continent there is quite a lot hinterland, and there is big potential to be a producer because there is fertile land and water; so we can grow, manufacture and create industries – for the market itself to manufacture and consume within itself.

“Whether it is consumer goods, steel or aluminum, we can manufacture that here in Ghana and re-export them with the added value. So, we need to encourage industrialisation in the country.

“And President Nana Akufo Addo has a great goal over there with the One District, One Factory policy, and we need to achieve that and continue pushing to achieve it. This should not stop going forward,” he said.

“What we want is for our factories to work; instead of having people vendoring Chinese goods on the street of Accra, we would like to have those youth sweating in the factories and exporting goods outside. And certainly if you create the good environment and the good volume, investors will come and invest, it doesn’t have to be the state to come and invest”. He emphasized.

“The government plays it role in terms of funding a treaty that will make Ghana produce go into this markets free or duty free because it is a free trade zone. Basically if we can make the other things between lands, rules and regulations, Customs formalities to smoothen up the existence over here then this is what need to be done”.

Connectivity is key, as the trade area requires a great deal of connectivity to boost Ghana’s export activities. However, investment in infrastructure and connectivity is essential to foster trade and conducive business climate.

Ghana’s port will serve as a bouncing platform where stakeholders can reach out to the rest of the continent as well as the rest of the world. “Ghana’s port is providing efficient transport, our hope is to see key production of Ghana’s manufacturing sector.

“Ghana has the most efficient port in Africa and have already started to attract transshipment and even cross continental transshipment, to the extent of transshipping European traffic and become a hub for China.

Mr. Samara indicated that currently, there is high potential in terms of connectivity and they (MPS) are looking at establishing feeder services and encourage people to come and do feedering services which is connecting the smaller ports in Africa into the rest of the world be it European and China (far east) and this will create quite amount of traffic.

This will Improve exports tremendously and having access to cheaper and wider market within the region. We can Import from Abidjan more efficiently, cheaper fright and reduce the cost of doing business”.

Mr. Samara underscored the need to create more corridors for smooth cargo flow, adding that some corridors which are to perform  certain vital role in these areas are not test fully efficient which need to be build and rails are also not reliable.

” There are two or three semi functioning railways in the Western side of Africa. There is a rail running from Abidjan to Ougadougou, from Duala to Cameroon, Darkar to Bamako, and these rail ways are not super rails that we can rely on. They are working but they are not really reliable”.

African Continental Free Trade Agreement (AfCFTA, was entered into agreement on 21 March 2018 by African leaders and ratified by 28 African countries.

The outcome of the AfCFTA will depend on whether African countries embrace industrialization and focus on increasing their productive capabilities in a highly competitive global landscape.

Currently, intra-Africa trade is limited to 15% of Africa’s total trade, indicating that the intra-regional value chain is very weak in contrast to Asia, where it stands at 80%. The trade volume in Africa is also constrained by the relatively slow economic growth in the continent, which averages 4.6% since 2000 in contrast to Asia’s 7.4%.

The development of manufacturing is essential if African countries are to increase the production of value-added products, expand exports of such products, and reduce their trade imbalances. This approach improves economic diversification, which accelerates structural transformation.

Developing productive capacity requires both massive and new investments, a supportive industrial ecosystem, and skill acquisition in an intensely competitive environment. The decreasing trend of labour productivity (currently at 50% of Asia) must be reversed, as the competitiveness of African economies will be shaped by productivity gains.

While increasing intra-Africa regional value chains is necessary, African countries also need to increase their current marginal share in global exports – which currently stands at only around 3%. Increasing African exports will contribute to economies of scale, create decent jobs, and serve as a source of international learning to improve productivity. Africa’s booming young population means the continent needs to create 20 million new jobs annually. This is associated with investment in productive capacity and has significant political implications.

The main objectives of the AfCFTA are to create a continental market for goods and services, with free movement of people and capital, and pave the way for creating a Customs Union. It will also grow intra-African trade through better harmonisation and coordination of trade.