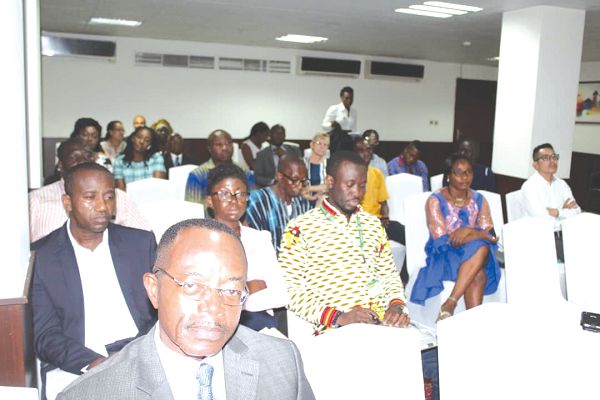 The Executive Secretary of the Lands Commission, Alhaji Suleman Mahama, has asked investors in the country to follow due process when acquiring large tracts of customary land for their commercial activities.

He noted that some investors did not follow the due process in acquiring the lands and that often created conflicts between investors and residents of the host communities.

Customary lands are those that are owned by indigenous communities and administered in accordance with their customs, as opposed to statutory tenure.

The Lands Commission’s guidelines governing the acquisition of customary lands measuring from 50 acres (about 20.23 hectares) require investors to meet certain requirements at the commission and also hold proper consultation with the host community.

The Lands Commission boss stated this at the “Meet the Government Series”, an annual forum put together by the Ghanaian-German Economic Association (GGEA) which discusses key economic issues and challenges to the business community.

This year’s forum focused on the role of the Lands Commission in ensuring problem-free land transactions and maintaining a healthy business environment.

It also discussed the future of tax exemption regime under the Ghana Investment Promotion Centre (GIPC).

The discussants explored ways by which barriers to investment in the country could be removed to promote investments in the government’s programmes such as the One-district, One-factory (1D1F) and planting for food and jobs (PFJ).

Alhaji Mahama reiterated that the Lands Commission was poised to stringently apply the guidelines for acquiring customary lands to be sure that conflicts arising from such acquisitions were minimised.

“There is even a provision that if the land is 10 acres but its acquisition will trigger social, economic, environmental or human right abuse, the guidelines must apply at that level.

For the past decade, we have seen large tracts of land being acquired for purposes of investment but at the end of the day, those investments never come.

“We are determined to see a regime where there will be a win-win situation for both customary landowners and investors, so we want due process to be followed; but this is not to stall investment,” he pointed out.

Alhaji Mahama said the commission had strict screening regimes on investors to be sure that due processes were followed in acquiring large tracts of land going forward.

“We demand certain requirements such as certificates of registration and commencement of the business, feasibility studies report, environmental impact assessment report, economic viability and proven track record of the investor in the business.

We do this to avoid the situation where people acquire large tracts of land which are not put to meaningful use,” he explained.

The Deputy Director in charge of Investor Services at the GIPC, Mrs Evelyn Nyarko, said the centre was non-discriminatory in its incentive regime for both local and foreign investors.

She explained that waiving import duties and Value Added Tax (VAT) on equipment and machinery at the port was to provide a friendly environment for investors to venture into key sectors of the economy.

Touching on the future of tax exemptions under the GIPC Act, she said although the Ministry of Finance had sent a bill to Parliament for a review of some provisions of the act, the GIPC was confident that the review would not affect its work.

“From the GIPC’s point of view, it will not affect us because all our exemptions already go through Parliament,” she said.

The Municipal Chief Executive (MCE) of the Tema Metropolitan Assembly (TMA), Mr Felix Nii Anang-La, who was also in attendance, said the assembly was working on a development plan to transform the Tema industrial enclave into a centre of attraction for investors.

He disclosed that the assembly was in the process of partnering with a private investor to revamp the deteriorating Meridian Hotel.

It is an alliance of Ghanaian and German companies, entrepreneurs and institutions with business and commercial interests in the two countries, West Africa or Europe.