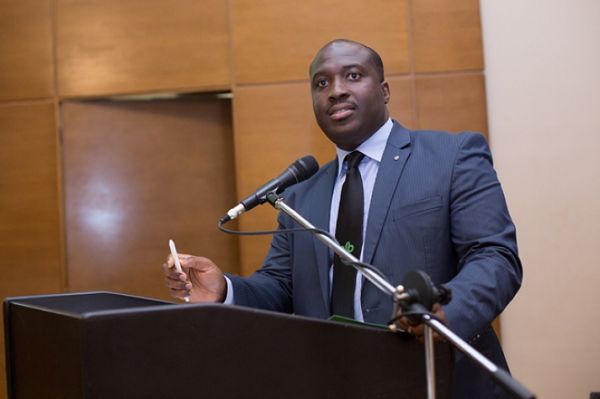 The Deputy Managing Director of the Ghana Stock Exchange, Mr Ekow Afedzie, has advised corporate bodies in the country to take advantage of the Ghana Fixed Income Market (GFIM) to raise long term capital through the issuance of bonds.

He said there were lots of funds out there, especially from the pension fund managers who were allowed to invest in listed companies, and therefore, urged corporate bodies to take advantage of it.

So far, he said about 10 companies had been able to raise GH¢7.3 billion out of a shelf of GH¢11 billion on the GFIM.

Mr Afedzie made the call when afb Ghana took its turn at the facts behind the figures on April 30.

“We have created the GFIM which gives corporate bodies the opportunity to be able to raise long term capital by issuing bonds and afb has taken advantage of that to raise about GH¢287 million out of a shelf of about GH¢300 million,” he stated.

“This is what corporate bodies in Ghana should be doing if they don’t want equity,” he added.

Mr Afedzie commended afb for being consistent with its facts behind the figures, and encouraged other listed companies to do same.

Although the GSE has not made facts and figures mandatory, he said it was necessary for companies to be consistent with it because it offered them the opportunity to give information to investors and clarify issues.

“Stock markets are driven by information and without it investors cannot take decisions so we encourage them to make it a point to always appear,” he pointed out.

The Managing Director of afb Ghana, Mr Arnold Parker, pointed out that the company would not have existed without the fixed income market.

“We saw how a couple of other sister institutions had to fold up as a result of happenings in the economy but we found our leeway through the exchange,” he stated.

“So we continuously remain very open and very supportive of this arrangement to raise funding for institutions,” he added.

Sharing details of afb’s 2018 performance, Mr Parker said the company witnessed a very significant growth in its business in the year under review.

He said the growth were attributable to its two major products which were the deduction source business which involved the lending of money to salaried workers and its quick loan services which it does through MTN.

In spite of 2018 being a turbulent year for financial institutions, Mr Parket said afb managed to post a positive results, as its income from lending activities grew by 198 per cent.
He said its loan book also grew by 168 per cent, with total revenue also improving by 125 per cent.

Its profit after tax also improved by 17 per cent and added about 1.5 million customers to its portfolio.

In terms of deposits, Mr Parker said, “one of the things we haven’t done as an institution is to be out there in the market to mobilise deposits.