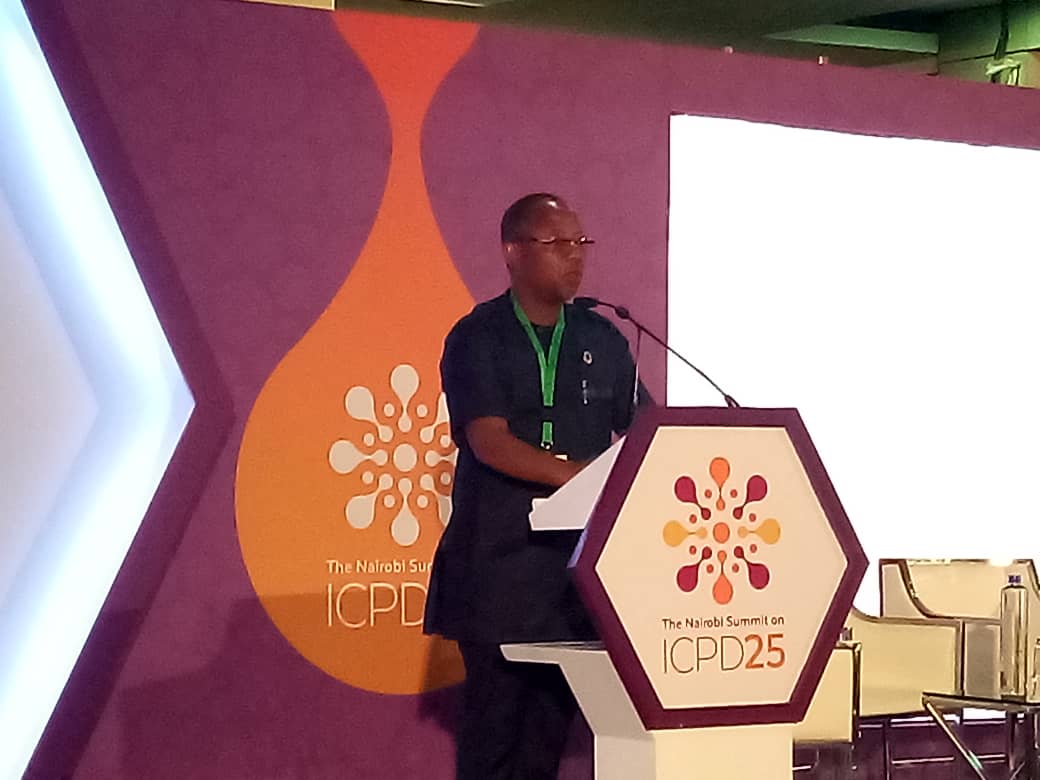 Ghana is one of eight countries selected globally by the United Nations (UN) to demonstrate the ability to harness timely data from all sources for monitoring the Sustainable Development Goals (SDGs).

The new initiative, ‘Data for Now’ launched by the UN Secretary-General, Antonio Gueterres is to be carried out within a year.

Mr Omar Seidu, Head, Demographic Statistics of the Ghana Statistical Service and Coordinator of Data for SDGs Ghana, who made this known said the country was selected to be part of the initiative due to its success in making data available to inform decisions at every level.

Speaking to the Daily Graphic after he made a presentation on “Democratising data for SDGs” at the Nairobi Summit on ICPD25, Mr Seidu said Ghana had demonstrated

its ability to strengthen administrative data systems in the country to provide data at the lowest level of governance.

The country, he said, recognises the need for data at the lowest level of governance to inform policy and is taking steps to create the legal and institutional environment necessary to access date at that level.

“One of the reasons Ghana is seen as a leader is because it is strengthening the building blocks for sustainable development data globally,” Mr Seidu stated.

He added that the country was doing this through partnerships that bring researchers, data infrastructure and the needed capacity together for the production and utilisation of data.

Ghana, he further said was also exploring the huge data that exists from different producers and users of data to follow through the SDGs to find who is being left behind and their needs to accelerate action.

Following the November 2016, Local Government Act 936, which provides for the establishment of District Statistical Departments to be an integral part of the district assembly, district statisticians have been recruited for all the 254 districts.

“Their principal role is to collate district level information from all departments and make it centrally available to the district,” Mr Seidu said, adding that currently Ghana was co-creating a data quality assurance framework to guide production of quality statistics.

The benefit, he explained, was that data exchange will be easier, mistrust across different data producers would be drastically reduced and more data would be openly available.

He disclosed that ‘Statistics Denmark’ will be supporting Ghana to strengthen its administrative data systems.

“If we get it right by the next 20 years, we might not need to conduct a census,” he indicated

Making his presentation, Mr Seidu pointed out that ‘data itself is a public good, but not when locked up, not easily available for people who need to use it.’

He cautioned however that there was the need to be sensitive to issues of privacy when making data accessible.

Another way of democratising data, Mr Seidu said, was to build trust among all data producing agencies and institutions, including Civil Society Organisations, academia and the private sector.

The Director-General of the National Planning Commission, Malawi, Dr Thomas Munthali, emphasised the importance of integrating statistical and geospatial information to locate “those left behind.”

Discussing the topic ‘Mapping geospatial access to SRH services,’ Dr Munthali said that with proper data and proper geospatial expertise so much can be done from the planning perspective.

He noted however that countries need capacity and the expertise to identify those who have been left behind in the development process.

Ms Abla Amavi, Chair of Higher Population Council of Jordan who spoke of the topic, ‘Integrating the SDGs into sub-national planning and budgeting frameworks’ reiterated that democratising data was good as it enables data to be used for the public good.

She however noted that disaggregated data was difficult to find at the local level, making access to data for social transformation a challenge.

This is worsened by the challenge of privacy, as a result of which data continues to be locked up.