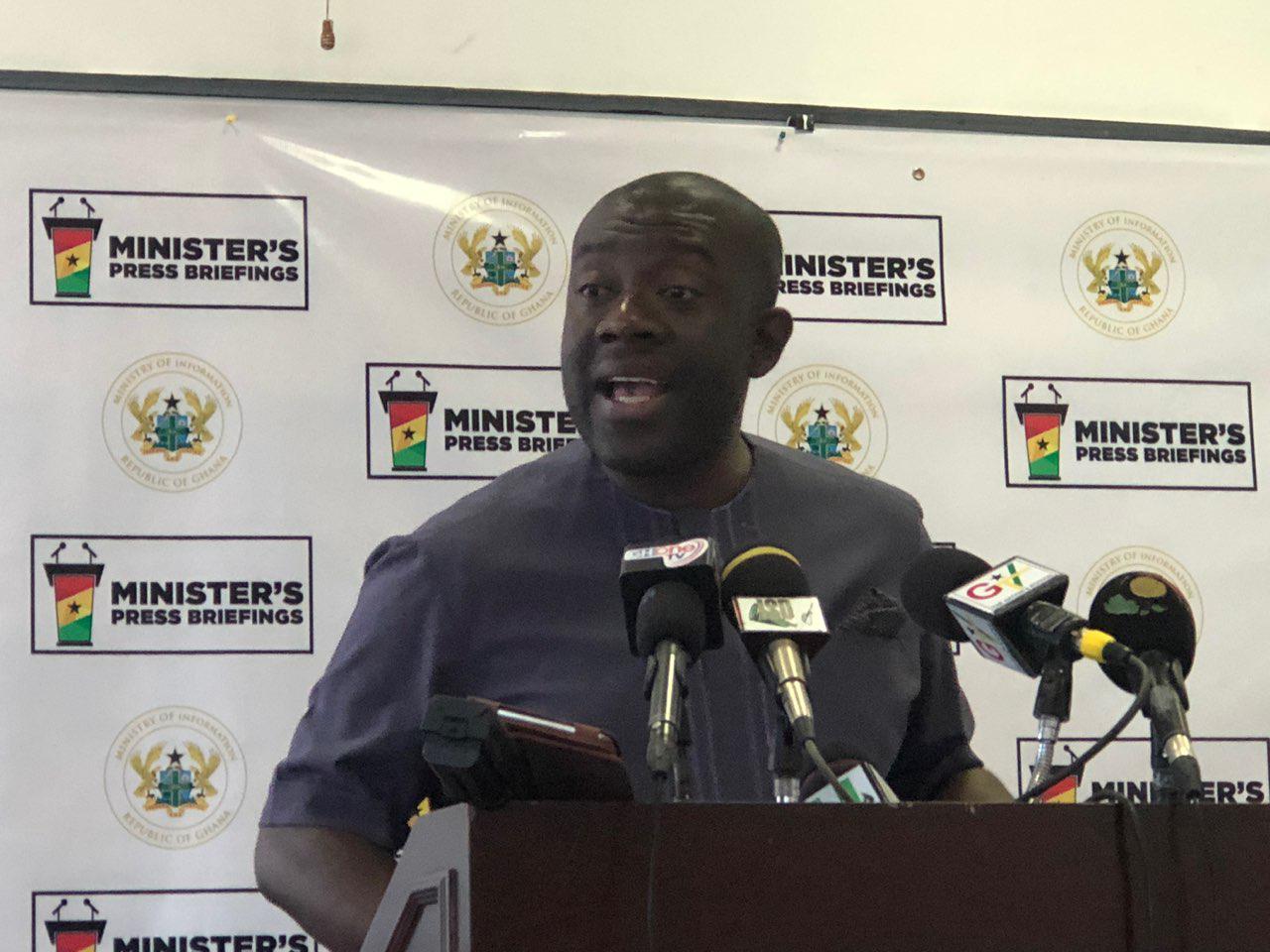 The Ghana – Burkina Railway Inter-connectivity Project will commence in 2019, the Minister of Information, Kojo Oppong Nkrumah has said.

The project when completed will link the two neighbouring countries with rail line to facilitate trade and development.

Speaking at a press conference in Accra on Wednesday, Mr Oppong  Nkrumah said the international procurement process is expected to be completed in 2019 to pave way for the construction of the line.

He further said a shortlist of twelve prospective concessionaires has been made following an Expression of Interest process.

The minister explained that a Permanent Joint Committee of Experts from both countries was established in December 2017 to facilitate the development of a rail link between the Tema Port and Ouagadougou, the capital of Burkina.

“The activities of the Committee led to the engagement of a Transaction Advisor whose services encompasses undertaking feasibility studies and providing technical advice to both countries in the engagement of a private sector investor(s) to develop the line on BOT basis” he said.

Touching on development on works of the railway sector, the minister said the sector has recorded significant progress.

According to him, the railway sector has seen major rehabilitation works in less than two years of the Akufo-Addo led administration.

He said the rehabilitation of the existing 56km narrow gauge line from Kojokrom to Tarkwa through Nsuta is nearing completion.

This, he said, will lead to the restoration of passenger rail services from Tarkwa to Takoradi for the first time since 2007.

In addition, Mr Oppong Nkrumah said the freight service from the manganese mine, at Nsuta to Takoradi, is in operation and the ongoing rehabilitation has also led to the spectacular reduction of the number of derailments and incidents that occur on the line.

“In 2017 due to the total deterioration of the Western Line, a total of 700 major and minor incidents were recorded including derailments” he said.

“The average incidents, including derailments, since January 2018 when rehabilitation commenced in earnest, are five (5) incidents per month; down from an average of 60 incidents per month in 2017. The aim is to reduce the incidents to the barest minimum and make it an exception rather than the rule” he emphasised.

He further stated that the construction of the new standard gauge railway line from Kojokrom to Manso, a distance of 22km, is progressing steadily.

He continue that the rehabilitation of the Achimota to Tema section of the Line is approximately 90 per cent complete and test runs have commenced.

Construction of a New Standard Gauge

Mr Oppong Nkrumah also mentioned that the procurement process to develop a new standard gauge line for the Eastern Railway Line with a distance of about 340km is ongoing.

“This is from Accra-Tema to Kumasi with a branch line from Busoso to Kyebi. Eight (8) consortia submitted their final bids on October 11th 2018. Government will complete negotiations with the most preferred Concessionaire before the end of this year to develop the project on a Build, Operate and Transfer (BOT) basis” he explained.