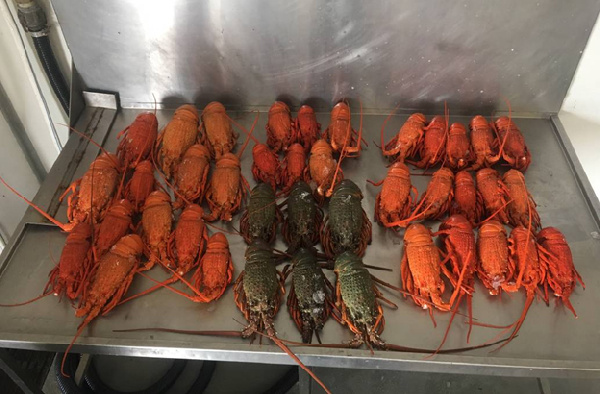 A recent competitor analysis indicates that Ghana earned US$1.8 million from the export of Rock Lobsters in 2019 as China absorbed 99 percent of the product from Ghana whereas the remaining went to Hong Kong market.

Analysts of the report insist that the country needs to assess its strategy in the Chinese market given the decline in both quantity and value in the last five years.

In effect, the Chinese market imported about US$942 million of the product in 2019 and it is ranked number one in the world amongst the importers of rock lobsters globally as key suppliers to the Chinese market being Australia (55 percent), New Zealand (21 percent) and Mexico (10.6 percent).

Since 2015, global imports of Rock Lobsters have grown by 2 percent with major importing counties being China and Hong Kong with imports quantities amounting to 90.7 percent and 2.5 percent of total market demand respectively.

The analysis has identified new and potential markets for the products with significant average growth rate and favorable tariff regime for market diversification and penetration.

These countries include Belgium, Thailand and the United States of America with annual imports growing by 102 percent, 29 percent and 59 percent respectively. However, Ghana’s share in these markets remain zero percent.

Belgium is one of the fast-growing importing markets for rock lobsters as demand has grown at 102 percent annually since 2015 and it imported close to 1.7 million dollars of this product in 2019. The country has its main suppliers in Netherlands (72 percent) and France (28 percent).

Apparently, Rock Lobsters imports in Thailand also increased appreciably by an average of over 20 percent from 2015 to 2019. In 2019 the Thailand market recorded a total of US$9.5 million in imports of the product with key supplying countries being Myanmar (51 percent) and Vietnam (24 percent).

The analysis recommends that exporter from Ghana need to penetrate these markets and take advantage of the low tariffs.