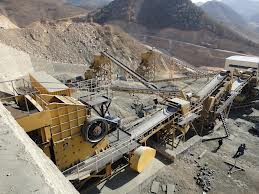 The Ministry of Lands and Natural Resources has directed the management of the Ghana Manganese Company (GMC) to continue operation while work progresses on the outcome of an audit report.

The new directive is sequel to an earlier order by the Minister last month for the company to halt operations to pave the way for a thorough and uninterrupted technical and financial audit. According to the Ministry, preliminary assessment of documents on the operations of the company raised some concerns, hence the need for the detailed audit to ascertain the facts.

Resume operations
A letter signed by the Minister, Mr. Kwaku Asomah-Cheremeh however, said “Pursuant to the understanding reached during our meeting of February 18, 2019, you are hereby permitted to resume operations pending the outcome of the audit.:

The letter addressed to the Managing Director of the company at Nsuta Wassaw in the Western Region, explained that an audit group, Barlev & Associates had been appointed to undertake the audit, which began Monday, February 25.

The new move has been welcomed by various Ghanaian companies who claimed the initial directive had serious effects on their operations and commended GMC and government for the cooperation.

A visit to the operations area of GMC in Nsuta Wassaw, near Tarkwa indicated the upstream heavy duty equipment of the company was busy at work.

Service providers
Some of the contractors, service and other allied companies working for GMC who spoke to the Daily Graphic commended the company and sector ministry for resolving the matter through dialogue which they explained averted a total shut down.
Local content
Per their local content policy, GMC’s operations took onboard several third parties that directly support the local and national economy as well as other social investment projects initiated for the communities. Any issues left unresolved therefore, would have negative chain effect.

The effects
Some of the contractors told Daily Graphic they are having running battles with their financiers “since the publication that the company should halt their operation. Our bankers and suppliers who we have being doing business with have stopped dealing with us,” they said.