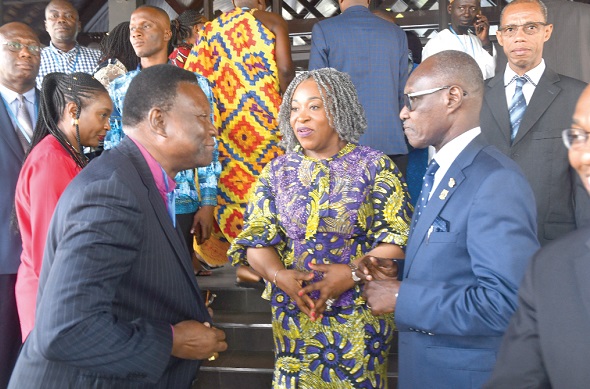 Ghana is preparing towards a second peer review process, the Chairman of the National African Peer Review Mechanism (APRM) Council, the Most Rev. Professor Emmanuel Asante, has stated.

According to him, the second process, which would be short in duration, would target particular sectors of governance.

He explained that such targeted reviews were not only cost effective but would also enable the government to know the state of affairs in particular thematic sectors and find ways to resolve possible challenges.

The Most Rev. Prof. Asante was speaking at a workshop in Accra yesterday aimed at sharing experiences on the second generation of African peer reviews under the APRM.

The two-day workshop will also facilitate peer learning on how APRM review processes are carried out, with particular regard to the second review, and how recommendations in the first APRM review have been used to achieve better outcomes.

Furthermore, it will allow participants to benefit from innovative approaches which can be used to extend participation to the district or local government levels.

Participants include APRM officials from some African countries, development partners and non-state actors.

The Most Rev.Prof. Asante, who is also Chairman of the National Peace Council, said recommendations with regard to the targeted reviews would be made to the government, adding that Ghana would be among the first five African countries to accede to targeted reviews.

According to him, Ghana’s counterparts at the continental secretariat had pledged to provide the required assistance for Ghana to implement a targeted review.

“The council will do all in its power to ensure that the investments made in the APRM in Ghana yielded the expected dividend for the country and Africa as a whole,” he added.

The Minister of Foreign Affairs and Regional Integration, Ms Shirley Ayorkor Botchwey, said despite the successes chalked up in the past, Ghana had not been able to sustain the momentum after the first APRM.

She said the country was passionate about the APRM and was, therefore, determined to renew its commitment to the second review.

She urged all member states to renew their commitment and interest in the process and also rededicate themselves to its core values and objectives.

For his part, the Chief Executive Officer of the continental APRM mechanism, Prof. Eddy Maloka, said since the inception of the APRM, considerable progress had been made in peer review in member countries.

He assured the participants that the secretariat would not deviate from the identified priority areas of peer review.