Ghana rated higher by Standards & Poor’s from B- to B 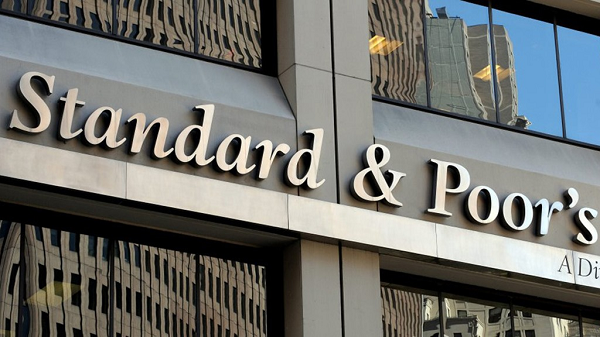 International rating agency, Standards and Poor’s (S&P) Global, has raised Ghana’s long-term local and foreign currency sovereign credit rating to B from B-, with a positive outlook.

In a statement released on September 14, 2018, S&P Global said the upgrade reflected its assessment that “Ghana’s monetary policy effectiveness has improved, albeit from a low base, and will support the credibility of the inflation-targeting (IT) framework over the period”.

S&P Global also revised its transfer and convertibility (T&C) assessment to ‘B+’ from ‘B,’ citing the improving banking sector stability and lower inflation as factors that supported its view.

It explained that the agency was convinced that the effectiveness and transmission mechanism of the country’s monetary policy had improved, hence, the decision to revise the T&C from ‘B’ to ‘B+.’

It, however, said the ratings remained “constrained by weak public finances from both a stock and flow perspective, sizable contingent liabilities, the country’s low gross domestic product (GDP) per capita, and high external debt levels”.

The assessment, which was conducted this year, was based on the effectiveness of monetary policy decisions to translate from policy into the economy to impact positively on other indices, especially inflation.

News of S&P Global’s rating come at a time the Bank of Ghana (BoG) is tidying up the banking sector, ostensibly to strengthen the financial sector to be able to deliver maximum results.

So far, the bank has consolidated seven banks under a far-reaching exercise that has been approved by the International Monetary Fund (IMF).

A professor of Economics with the Institute of Social, Statistical and Economic Research (ISSER), Prof. Peter Quartey, told the Daily Graphic in an interview yesterday that S&P’s decision to revise the country’s long-term local and foreign currency sovereign credit rating to ‘B’ from B-, with a positive outlook, was another form of endorsement for the central bank’s measures.

It “provides solid support for regulatory enforcement that the BoG has been implementing,” he said in the September 16 interview.

He said the rating agency’s pronouncement showed that “the right structures are in place and they are working”.

As a result, he said, depositors who were contemplating withdrawing their money in the wake of the collapse of the seven banks could reconsider those intentions.

“We could lower our ratings if Ghana’s economic growth is significantly lower than we expect and if its policymaking effectiveness were to weaken, for example, if fiscal deficits were to be materially larger than our expectations,” S&P said in the statement.

On the other hand, it said it could consider raising its ratings if Ghana implemented and adhered to measures that materially alleviated pressures on public finances and reduced public debt levels beyond its expectations.

“We could also see prospects for an upgrade if the current account deficit narrows faster than we expect and external debt and gross external financing needs are significantly reduced,” it added.

It said having peaked at a seven-year high of 19.2 per cent (year-on-year) in March 2016, headline inflation continued to decline to 10 per cent by mid-year 2018, supported by a relatively tight monetary policy stance.

It said in its view, the BoG policy rate had also been fairly effectively transmitted through the financial system to market participants.

It noted that the government’s recapitalisation of the banking system in 2018 was a fiscal expense weighing on fiscal assessment, but should ultimately strengthen the banks and allow them to support financial intermediation in the economy.

Following the collapse of five banks in August this year, the government established the Consolidated Bank Ghana Limited to absorb their liabilities and selected assets under a purchase and assumption agreement approved by the central bank.

The new lender was recapitalised with GH¢450 million and issued a GH¢5.76 billion bond to be used to cover the gap between liabilities and assets, following the collapse of the banks.