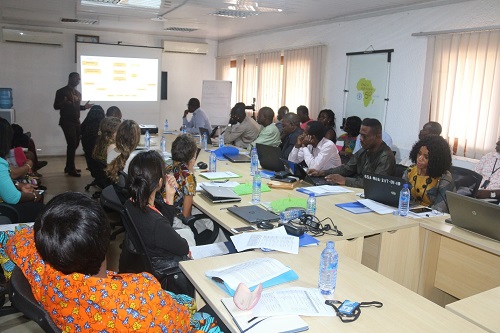 Over the years, Ghana has initiated a number of pro-poor programmes and interventions aimed at reducing hunger and poverty across the country.

Deputy Minister for Local Government and Rural Development, Mr. Collins Ntim, observed that these interventions contributed to the country achieving in 2015 the feat of being the first country in Africa to attain targets set by the Millennium Development Goals (MDGs) and the world Food summit in halving the proportion of population suffering from under-nourishment by 2015.

“Since then, Ghana has not looked back and has strived to improve,” he added.

Mr. Collins Ntim further stated that in January 2017, when President Nana Akufo-Addo was inaugurated, he emphasised that transformation of the country’s rural landscape in a sustainable manner – creating a more diversified, better-integrated and modern rural economy to improve living standards and prosperity – will be important in creating economic and social opportunities for young people in particular.

This, he added, has led to rolling out the Coordinated Programme of Economic and Social Development (CPESD) Policy in 2017, which is a 7-year (2017-2024) programme aimed at reforming Ghana’s agriculture and industry base to improve the rural economy.

Mr. Ntim made these disclosures at a policy dialogue on South-South Cooperation focusing on rural poverty reduction programmes, organised by the United Nations Food and Agriculture Organisation (FAO) Country Office and held in Accra on Tuesday.

In recognition of the major success of poverty reduction strategies under the ministry and in the spirit of South-south learning experiences, the ministry entered into an agreement with FAO to organise a two-day policy dialogue that involves neighbouring countries like Liberia, Senegal and Kenya; and also to engage in field visits to some of the ministry’s poverty reduction communities.

FAO Country Representative, Dr. Abebe Haile-Gabriel, in his delivery cited China over the past 30 years enabling more than 800 million of its citizens out of poverty; India lifting 133 million out of poverty between 1994 and 2012; and vietnam’s poverty rate falling from nearly 60 percent to 20 percent in the past two decades – which is indicative that reducing poverty is achievable.

“It takes the right type of attitude, policies and actions; but more importantly requires political will and leadership commitment,” he added.

Dr. Abebe Haile-Gabriel noted that agriculture is the mainstay of the majority of rural people where poverty is more concentrated. He however said the agenda for ending poverty can only be achieved through a successful agricultural transformation taking place in Africa.