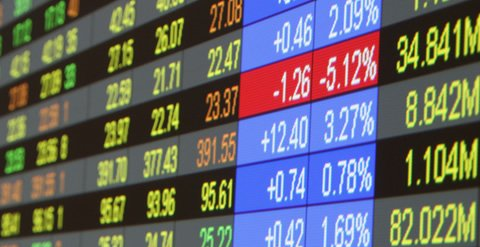 Equity indices on the local bourse softened to its lowest in five months as recent downward pressure from the financial, energy and consumable sector stocks dimmed the hard-earned bullishness of the market.

Investors’ perception of over pricing of certain stocks beyond their intrinsic values is one of the contributing factors sparking profiting taking on the bourse.

With both indices recording their fifth consecutive decline this week, the GSE Composite Index thus dropped by 4.82 per cent to close at an index level of 3,038.411 points, reflecting a year-to-date return of 17.78 per cent.

Fan Milk Ltd led the activity chart with 32.1 per cent share of the total traded volume. Market capitalisation also dipped by 1.88 per cent to settle at GH¢62,429.53 million.

Government in the week under review raised a total of GH¢477.60 million through the issuance of a fresh 10-year domestic bond.

The bond which was opened to foreign investors is to be used in financing governments project and service some maturing debts.

Government accepted all the GH¢413.52 million bids tendered. The accepted bid was, however, below the week’s target of GH¢417.00 million. The 91-Day T-Bill dominated the purchases of the government as it accounted for 91.29 per cent of the total bids accepted.

Next week, government hopes to raise GH¢641.00 million from the sale of the short-dated treasury securities and GH¢100.00 from the one-year note.

The recent consecutive decline connotes improving risk profile of the country and this is expected to lower cost of capital to revamp business activities.

A total of 17 equities changed price.

PZ Cussons Ltd made the most gain, appreciating by four pesewas to close the week at 50 per share. Benso Oil Palm Plantation Ltd and Unilever Ghana Ltd followed with two pesewas gain each to trade at GH¢7.29 and GH¢17.65 per share respectively.

Republic Bank (Ghana) Ltd and Starwin Products Ltd also joined the bull’s list with a pesewa gain each to end the week’s trading at GH¢1.31 and 2 pesewas per share respectively.

Among the laggards, Fan Milk Ltd closed as the worst performing stock, losing GH¢2.66 of its opening price to trade at GH¢13.80 per share. Ecobank Ghana Ltd and Standard Chartered Bank Ltd shed GH¢1.36 and GH¢1.00 to close at GH¢10.27 and GH¢27.00 per share respectively.

Total Petroleum Ltd and Access Bank Ltd dropped by 61 pesewas and 42 pesewas to trade at GH¢4.49 and GH¢3.58 per share respectively.

Brent crude oil declined on concerns of rising inventories in the US and attempt by the US to entice other major oil producing countries to raise output after sanctioning and pulling out from a nuclear deal with Iran.

Data released in the trading week showed that US shale production accelerated to hit an unprecedented record of 10.8 million barrels per day.

This coupled with dwindling demand in China affected the value of the energy commodity in the trading week. Brent crude oil dropped by 32 cents to end the week at US$76.47 per barrel.

Gold upturned from the previous week’s decline as the lack of major economic data gave the market no clear direction and compelled investors to seek safety in the metallic commodity.

The rebound witnessed this week followed investors flight to safety on worries over trade threat from the US on other G7 members. Gold thus advanced by US$7.80 to trade at US$1,302.60 per ounce.