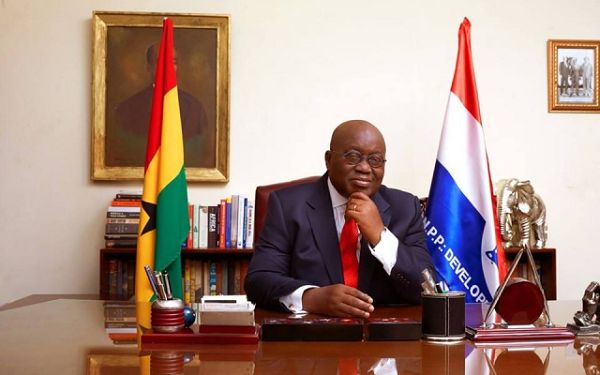 The Assembly of Heads of State and Government of the African Union (AU) has selected Ghana as the host country for the Secretariat of the African Continental Free Trade Area (AfCFTA).

The decision was announced yesterday at the 12th AU Extraordinary Summit held in Niamey, Niger, after Ghana beat off competition from countries including Egypt, Ethiopia, Kenya, Madagascar and Senegal.

The core mandate of the secretariat will be to implement the AfCFTA Agreement, which has since been ratified by 25 member states of the AU.

The AfCFTA is a trade agreement among 49 AU member states, with the goal of creating a single market, followed by the free movement of people and a single-currency union. The AfCFTA was signed in Kigali, Rwanda, on March 21, 2018.

A statement from the Jubilee House yesterday said during the closing session of the summit, President Nana Addo Dankwa Akufo-Addo thanked the assembly for the decision, stating that “it is a privilege that, for the first time in our nation’s history, we have the responsibility of hosting an important pan-African institution”.

He said Ghana was ready to donate $10 million to the AU to support the operationalisation of the secretariat, saying: “I have set up an inter-ministerial committee of my government to work with the AU Commission towards this end.”

The President urged the assembly to direct the AU Commission to prepare and execute a host-country agreement, in accordance with the Executive Council Decision EX.CL/195 (VII) Rev.1 of July 2005 on hosting AU Organs and hold consultations with Ghana and key stakeholders to prepare the statutes of the AfCFTA Secretariat, with a view to providing a report for the consideration of the Council of Ministers of Trade.

He also called on pan-African institutions such as the UN Economic Commission for Africa, the African Development Bank, the African Export-Import Bank and other key stakeholders, including friends of Africa, to provide such support as they could towards the establishment of the secretariat.

“I am determined to do whatever I can to guarantee the smooth take-off of the secretariat and help make sure that it turns out to be a world-class institution which will become the pride and joy of all Africans,” he said.

“We owe it to generations unborn to ensure that the biggest trading bloc on the globe, whose outcomes will be rewarding to all and which will assist in attaining the ‘Africa We Want’ does not falter,” President Akufo-Addo added.

He expressed gratitude to President Macky Sall of Senegal for stepping down Senegal’s candidature in favour of Ghana’s, and also showed his appreciation to the leaders of Egypt and Ethiopia, Messrs Abdel Fattah el-Sisi and Abiy Ahmed, respectively, for similar gestures of solidarity.
While applauding the member states that had deposited their instruments of ratification at the AU Commission Headquarters in Addis Ababa,

Ethiopia, the President expressed delight at the decision taken by Nigeria to sign up to the agreement, stressing that “the adhesion of Nigeria to the free trade area has enhanced considerably its prospects of success”.

The AfCFTA is now the world’s largest free trade area since the formation of the World Trade Organisation (WTO) and it will cover a market of 1.2 billion people, with a combined gross domestic product (GDP) of $2.5 trillion across the 49 member states of the AU that have signed up to the agreement.

“We have, today, taken very important steps towards working with a common voice and a common purpose to exploit the abundant wealth and resources of our great continent for the benefit of all our peoples. Indeed, the ‘Africa We Want’ is achievable,” President Akufo-Addo said.

He assured his colleague Heads of State that Ghana would put all the requisite facilities at the disposal of the secretariat, so that it could run as a world-class organisation.

Today, President Akufo-Addo will leave Niger to begin a three-day official visit to France at the invitation of French President Emmanuel Macron.

“In addition to holding bilateral talks with President Macron, aimed at deepening the ties of co-operation and bonds of friendship between the two countries, President Akufo-Addo will meet with members of the Ghanaian community, deliver an address at the France-Ghana Business

Forum, visit the Port of Marseille and hold meetings with French multinational companies such as Total and Société Générale,” the statement said.

The President is accompanied on the two official visits by the Minister of Foreign Affairs and Regional Integration, Madam Shirley Ayorkor Botchwey; the Minister of Trade and Industry, Mr Alan Kyerematen, and officials from the Presidency and the Foreign Ministry.A

The statement further stated that the President would leave France on Thursday, July 11 and proceed to take a week’s leave of absence as part of his annual leave.

It said he would return to Ghana on July 18, 2019, and that in his absence the Vice-President, Dr Mahamudu Bawumia, shall, in accordance with Article 60(8) of the 1992 Constitution, act in his stead.