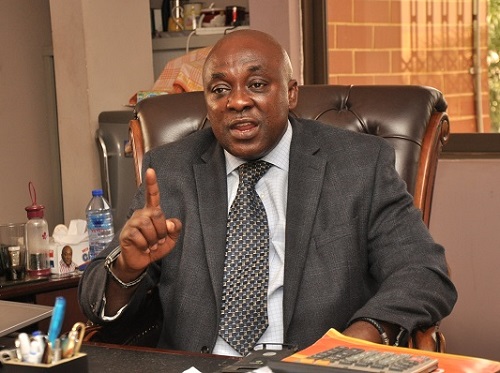 Government is considering single-product industrial enclaves and common-nation industrial parks so as to offer flexibility to investors.

According to Deputy Minister of Trade and Industry, Mr.Carlos Kingsley Ahenkorah, the government will engage investors who request such flexible and innovative industrial enclaves, apart from those being developed throughout the country.

“We are looking at a situation wherein some of these enclaves will be termed single-product enclaves. So, for example, we could decide that the Sunyani-one is only going to house pharmaceutical industries

“We could also have common-nation or one-nation enclaves wherein, for example, Chinese industries might say: ‘We want to be here alone, and we don’t want anyone apart from us here’. So, their schools, hospitals and homes would be within that same enclave. We will contemplate this when we have such requests coming in,” he revealed.

He noted that government is establishing industrial parks in each of the ten regions of Ghana, and is ready to listen to investors who might come with requests such as having to establish an enclave dedicated to a single product, or having industries from the same nation within one enclave.
This, he added, would help save investors from the problems associated with land acquisition, business permits and licences when setting up in the country.

Government, he said, is interested in industrialising the economy, but will not be able to achieve it alone “if you, captains of industry, don’t get involved in identifying and inviting the right investors into these areas”.

The event was attended by members of the Accra Branch of AGI, some national executives of the association, the Hungarian Embassy, Representatives from the European Union, members of the Ghana-Hungary Business Council and some entrepreneurs.

Also present were the Accra Metropolitan Assembly CEO, Mr. Mohammed Adjei Sowah, and the Greater Accra Regional Minister, Mr. Ishmael Ashitey, who both took turns to highlight some opportunities which investors can take advantage of within the region.