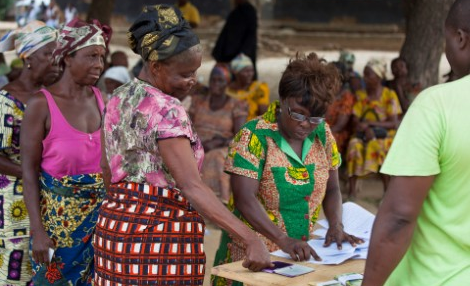 The government has increased the amount of money paid to beneficiaries of the Livelihood Empowerment Against Poverty (LEAP) programme to cushion them against the devastating economic effects of the coronavirus disease (COVID-19) pandemic.

The Assistant Director of LEAP, Mr Myles Ongoh, told the Daily Graphic yesterday that the households were paid a lump sum that covered two circles of payment in a renewed strategy to help them survive the impact of the pandemic.

The LEAP is a government cash transfer programme for the poorest and vulnerable households.

The beneficiaries used to be paid once every two months, which is termed a circle. However, due to the negative economic impact of the pandemic on the poorest households, the LEAP Secretariat front-loaded two payments into one to make more resources available to the beneficiaries.

So far, Mr Ongoh said, the 1.4 million beneficiaries had received more than GH¢58 million as of the end of May 2020.

The programme, which involves the distribution of grants to individuals and households living in extreme poverty, has been running since 2008 and caters for some 334,084 households across the country.

According to Mr Ongoh, the lump sum which was distributed was the biggest payment to the beneficiaries since the programme commenced.

Aside from the lump cash, he said, each beneficiary was also given an additional GH¢10 to purchase nose masks, hand sanitisers and soap to combat the pandemic.

Beyond that, he said, beneficiaries who resided in rural and urban areas were given an additional GH¢20 and GH¢7, respectively, for transportation to collect their grants at designated financial institutions closer to them.

He explained that previously, the process required some level of physical contact between participating financial institutions and beneficiaries and that the collection points were set up in communities close to the beneficiaries, but due to COVID-19, the process had changed.

The new method includes observing the protocol on physical distancing to prevent the spread of the virus while distributing the money.

Mr Ongoh said LEAP also provided resources for the purchase of Veronica buckets and other essential items to support banks that issued the payment.

Beneficiary households receive different amounts of money, depending on the number of eligible household members.

The Head of Communications at the LEAP Secretariat, Mr Colson Akanbasiam, said in a separate interview that the payment structure of the programme was designed in a way that discouraged beneficiaries from being adamant in pursuing alternative sources of income.

He said the programme was to reduce poverty by smoothening consumption and promoting human capital development among extremely poor households in the country.

“LEAP is calibrated in a way that it doesn’t look like a wage but rather something like first aid to cushion beneficiaries, while they find better ways of sustaining themselves,” he added.