Government set to increase price of cocoa this year-Cocobod CEO 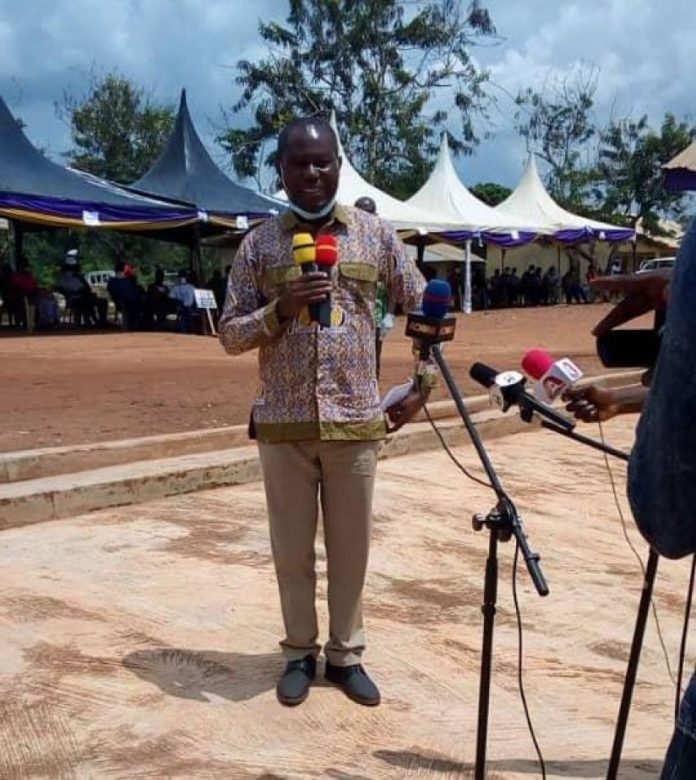 The Chief Executive Officer (CEO) of Ghana Cocoa Board(Cocobod), Mr. Joseph Boahene Aidoo, has hinted at conclusive discussions with President Nana Akufo-Addo to increase the price of cocoa in the coming months this year.

Currently, government buys one bag of cocoa beans from farmers at GH¢515.

The CEO said since the Cocoa sector is the backbone of Ghana’s economy, which helps to ensure stability of the cedi, Cocobod and government have taken bold decisions that will accrue to the benefit of the 1.2 million Cocoa farmers in Ghana.

Mr. Boahen-Aidoo said this during an engagement with cocoa farmers at separate functions at Nsuaem No.2 and Wassa-Afransie, as part of a working visit to Dunkwa-On-Offin and Wassa-Akropong districts in the Western South Cocoa Region.

Mr. Boahene-Aidoo, who is also the Nkosohene (Development Chief) of Nsuaem No.2, said as part of efforts to ensure cocoa farmers enjoy the fruits of their labour, Ghana now fixes and dictates the price of cocoa for the world – hence the need for farmers to expand their acreage and adopt sound cultural practices on their farms to harvest at least 20 bags per 1 acre.

The CEO of Cocobod told farmers that government has sourced a US$200million fund from the Agricultural Development Bank (ADB) in South Africa to deal with the swollen shoot disease – which was rife in the Wassa-Akropong and Dunkwa districts – by cutting down the diseased trees for re-planting through extension officers and employing youth in the area.

Mr. Boahene-Aidoo lamented that 60 million seedlings were given to farmers during the Mahama administration; but ironically, over 200 million hectares of cocoa went bad in the cocoa Regions of Ghana.

It is against this backdrop that Cocobod has embarked upon regular tours and visits to cocoa farms to inspect mass pruning and advise farmers not to patronise chemicals unapproved by Cocobod on their farms – adding that about 30,000 pollinators have been employed to undertake the hand-pollination exercise in all the 1.2 million cocoa farms across the country.

Mr. Boahene Aidoo noted that farmers are not harvesting up to 1,000 pods on their cocoa trees due to non-compliance with cultural practices.

He announced that government has earmarked an incentive package for farmers who observe sound cultural practices to increase productivity.