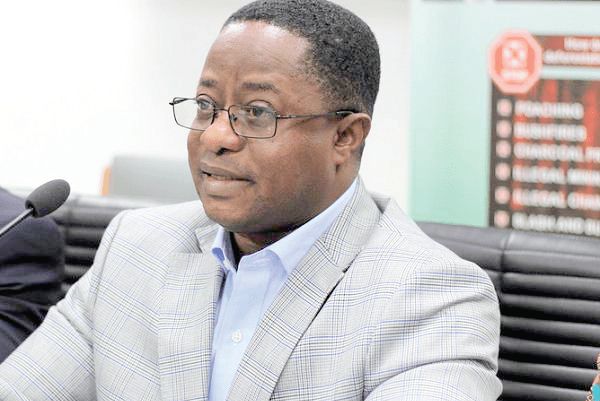 The government, between 2017 and May 2019, spent GH¢373.9 million as premix fuel subsidy to cushion fishermen across the country, the Minister of Energy, Mr John-Peter Amewu, has disclosed.

Mr Amewu disclosed this during a ceremony to inaugurate a prototype premix fuel retail outlet in Winneba in the Effutu municipality in the Central Region yesterday.

The minister said premix fuel distribution had been a challenging exercise because of the subsidies on the product, for which reason its distribution tended to create middlemen who came in between the distributor and the fishermen.

“The fishermen who are the ultimate beneficiaries do not even get the product because it is smuggled to non-fishermen,” he indicated.

He further asserted that other people who were “crooks in the industry tend to hoard the product and sell it later at exorbitant prices to the fisher folks or use it to adulterate gasoline as a result of the significant price differentials between these products due to the subsidies”.

He, however, said the government had been able to discourage particularly the diversion incidence by introducing stringent measures with the distribution process.

Mr Amewu intimated that those measures had impacted the efficient and equitable distribution of premix fuel to fisher folks and managed to reverse the perennial challenge of shortages and said the ministry would continue to give policy directions to the National Petroleum Authority (NPA) to ensure that protection was given to the businesses of genuine players in the industry.

Also, the ministry would work closely with the Ministry of Fisheries and Aquaculture and the National Premix Secretariat to expose the fraudulent people desperately trying to undermine the decency of premix fuel distribution and consumption.

The NPA, in collaboration with the Ghana Oil Company Limited (GOIL), has constructed six prototypes of standard premix retail outlets at six landing beaches across the country.

The outlets, being operated by GOIL, are located at Shama Adjoa in the Western Region, Ga Mashie in the Greater Accra Region, Komenda, Apam-Munford and Winneba, all in the Central Region, and Dzemeni in the Volta Region.

The facilities have been constructed primarily to provide safe and decent retail outlets aimed at eliminating the safety risks posed by the makeshift premix retail outlets along all the landing beaches across the country.

The Chief Executive Officer of the NPA, Mr Alhassan Tampuli, noted that the construction of the premix retail outlets, which was fully funded by the NPA, demonstrated the authority’s commitment to improve standards and safety in the petroleum downstream industry.

He indicated that an explosion at Brawire in the Western Region in June 2012 brought to the fore unsafe practices at premix retail outlets at the landing beaches, and the decision was taken to provide the new retail outlets to improve on safety.

“To forestall the recurrence of such an incident, the NPA, in collaboration with GOIL, developed and constructed a prototype of a standard premix outlet to serve as a standard reference for the Industry.

“It is our expectation that these retail outlets will serve the purpose for which they were constructed to ensure the safe distribution and handling of premix at the respective landing beaches,” Mr Tampuli emphasised.

The Managing Director and Group CEO of GOIL, Mr Kwame Osei Prempeh, assured the fishermen that the outlets would be operated and managed under strict safety standards.

“GOIL is committed to supporting the government to ensure the regular supply of premix fuel on the market and will utilise its rich experience in the downstream petroleum sector to help bring sanity to this particular industry,” he said.

The Effutu Municipal Chief Executive, Mr John B. Ninson, expressed optimism that the new outlet would ensure the regular supply of premix fuel to the fisher folks to enhance their activities.