Government to reclaim land along 550km coastline, to save communities, boost tourism 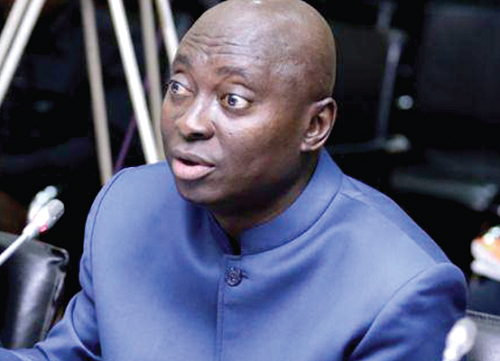 A master plan to protect coastal communities and to reclaim land from the sea for the development of tourist resorts overlooking the Atlantic Ocean is to be developed by government.

“It is government’s vision to develop a Master Plan for the 550kilometre coastline of Ghana. This will include reclamation of land from the sea for the construction of world class hotels and other tourist resorts overlooking the Atlantic Ocean to boost tourist revenue and improve employment opportunities as well as rejuvenate the fortunes of the coastal communities” Minister for Works and Housing, Mr. Samuel Atta Akyea he said.

For some time now, a number of communities and towns along the coast of Ghana have been inundated with serious tidal waves leading to a number of towns and communities being wiped out, while properties worth millions of cedis have been destroyed.

It is in view of this that government intends to contain the continuous effects of tidal waves and rising sea levels on the coastline.

Appearing on the floor of Parliament last week to answer a question posed by the Member of Parliament for Ningo-Prampram, Samuel Nartey George, on when the construction of the Ningo Sea Defense would commence, the Minister noted that government has resolved to protect the coastline to safeguard lives as well as to promote socio-economic activities, particularly for the fishermen and women.

He also added that in 2018 fiscal year, government completed a number of sea defense projects, including the construction of major armour rock revetments and groynes to reduce the risk of flooding and constant coastland erosion to ensure the safety of lives, livelihoods and properties along the coast of Aboadze, New Takoradi and Nkontompo.

Extensive coastal erosion along the Ningo-Prampram coastal stretch has negative impact on the inhabitants.

The Ministry has already signed a Memoranda of Understanding (MoU) with two groups who have expressed interest in executing the works. The groups are currently undertaking feasibility studies which upon completion will form the basis of the Ministry’s engagement to contract the groups to execute construction works under the Ningo-Prampram Sea Defense Project.