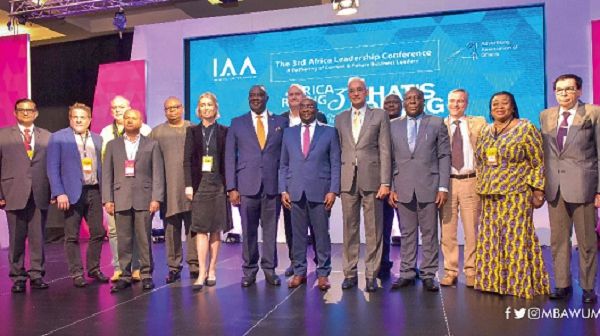 All government transactions will be done electronically from June next year, Vice-President Mahamudu Bawumia has said.

He said the introduction of the cashless payment system was to reduce corruption, minimise human interaction and ensure efficiency in all government services.

“Today, because of mobile money interoperability, Ghanaians are able to pay their taxes through mobile money account.

We have, therefore, set a target that at least by June 2020, government will no longer receive cash for any services; we will only go cashless and electronic,” he said.

“This was just one ministry; it means that the cash was coming but going somewhere else.

So we are going to plug that loophole by going completely cashless across the board and the work is quite advanced,” he said.

The Vice-President said the government would leverage all the old post offices across the districts to serve as Internet resource centres to provide the service.

“Since coming into office, the government has been guided by the understanding and conviction that technology is critical to transforming the Ghanaian economy and society as a whole.

We view technology as a problem-solving tool; it allows us to break from the impossibility mindset,” he said.

“With technology, so many things which we thought were not possible become possible and we have to take advantage of it,” he added.

Dr Bawamia mentioned, among others, the E-justice system, the paperless port system, the drone delivery of medical supplies and the national identification card as some of the benefits of the use of technology.

Dubbed: “Technology trends versus consumer choice — Who is determining the future?,” the two-day meeting, being hosted by Ghana for the third consecutive time, is being attended by stakeholders from agencies, the media, advertisers and academia from across the world.

Hosting the conference for the third time, Dr Bawumia said, was a testament to the critical role Ghana was playing in the renaissance of the African continent.

“The continent has admittedly had its fair share of challenges, but today many of the ills which gave room for these perceptions or descriptions are falling.

Notably, democracy has been entrenched in many parts of the continent, even if it remains our unfinished business,” he said.

“Many of the fastest-growing economies today are to be found on the continent.

The continent is also budding with a youthful population whose exuberance and ingenuity are challenging stereotypes and everyday conventions,” he added.

According to the Vice-President, “Africa Rising” was an unequivocal statement that told the rest of the world that the continent was no longer watching from the sidelines.

Africa, he said, continued to be a continent of rapid technological innovation and adoption, with endless opportunities and challenges.

“We must, therefore, see these challenges, whether in banking, agriculture, infrastructure or industry, as an invitation for technology entrepreneurs to create solutions that meet the demands and desires of consumers.

“We look to you, brand champions and business leaders, to play a distinctive role in the revitalisation of the continent. Our transformation story needs to be told, and who better to do this than you.

“Let us not take this for granted because it is in telling our story that we will appreciate how far we have come, the challenges we have overcome and uncover the opportunities ahead of us,” he told the gathering.