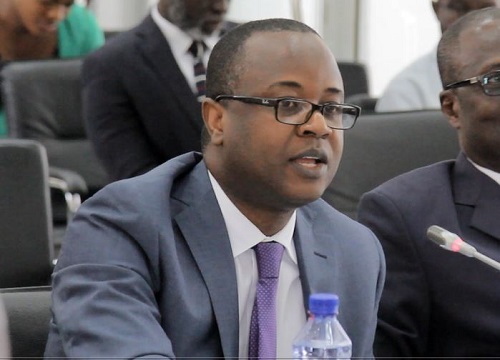 Government must endeavour to ensure that the numerous transformative programmes it has planned do not compromise the macroeconomic stability gains made under the just-ended IMF Extended Credit Facility programme, the First Deputy-Governor of the Bank of Ghana, Dr. Maxwell Opoku-Afari, has said.

Speaking as the First Vice-Chair of the Intergovernmental Group of Twenty-Four on International Monetary Affairs and Development (G-24), Dr. Opoku-Afari said government’s development agenda must be properly situated in order not to endanger the macroeconomic stability achieved.“…Going forward, what Ghana has to do is ensure that we don’t go back to macroeconomic imbalances and these gains are consolidated

“Government has the objective of introducing a lot of transformative programmes, and what we have to ensure is that those programmes are built on the macroeconomic stability which has been achieved so far.

“The two will have to go together: we have to make sure the stability is maintained while we continue to have the transformative programmes,” he said.

Ghana sought an International Monetary Fund programme in 2015 when it ran into twin deficits among other macroeconomic challenges.

The Extended Credit Facility programme, worth about US$918million was to end in 2018 but had to be extended by the Akufo-Addo government, which pleaded for more time to ensure progress after the ECF programme missed key targets in 2016.

The G-24 is a forum to coordinate the positions of developing countries on international monetary and development finance issues. The key issues for discussion among G-24 Ministers at this year’s meeting focused on ‘Navigating an Uncertain Global Environment’.

In a communique, the Group of 24 said: “International trade has delivered enormous benefits globally, and has been an important engine of growth among G24 countries”.

The group said it stands ready to cooperate in the effort to build “a modern, open, rules-based, non-discriminatory and equitable multilateral trading system”.

Trade disputes, particularly the one between the United States and China, have been blamed as a key driver behind the recent downshift in global growth.

The G-24 called for a global strengthening of support for developing countries’ struggle to deal with debt and the challenge it poses to economic growth.

At the same time, it resurfaced a previously sought idea of using the Special Drawing Rights (SDRs), a basket of the dollar, euro, yen, pound, and yuan – and the de-facto currency of the IMF – as a more active reserve currency.

The group called for stronger international cooperation to “recover and return stolen assets and repatriate and prosecute fugitive offenders”, and also for increased transparency and a tougher stance against corruption.